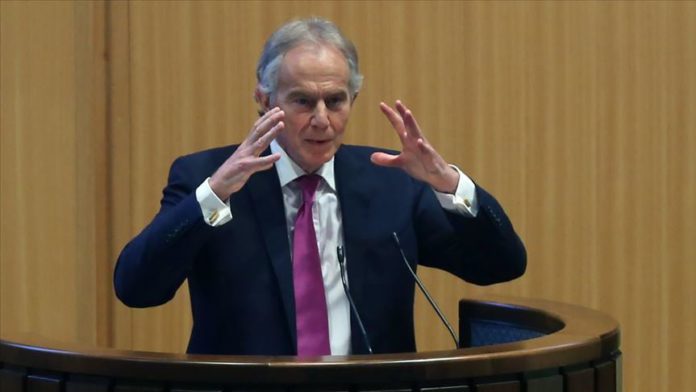 Former British Prime Minister Tony Blair said on Thursday Palestinians can get an independent state only through building a relationship with Israel.

“We’ve got to try and bring forward a generation of Palestinian politicians that understands that the only way they’ll get a Palestinian state is through a genuine and deep understanding between people, between cultures, and not just a negotiation about territory,” he told a videoconference organized by Israel’s The Jerusalem Post newspaper.

He said “the Israeli-Palestinian conflict is not mainly about territory; it is about a need to accept one another.”

The former UK leader rejected the principle that peace between Palestinians and Israelis would lead to peace between Israel and the Arabs.

The statement comes days after Gulf nations Bahrain and the UAE established diplomatic relations with Israel, which has occupied Palestinian lands since at least 1967.

Blair has served as official envoy of the Quartet on the Middle East, a forum comprising the EU, Russia, UN and US to facilitate peace process in the region.

During his mission, he was subjected to severe criticism from Palestinian leaders for allegedly being pro-Israel.

11 killed as crane collapses in India