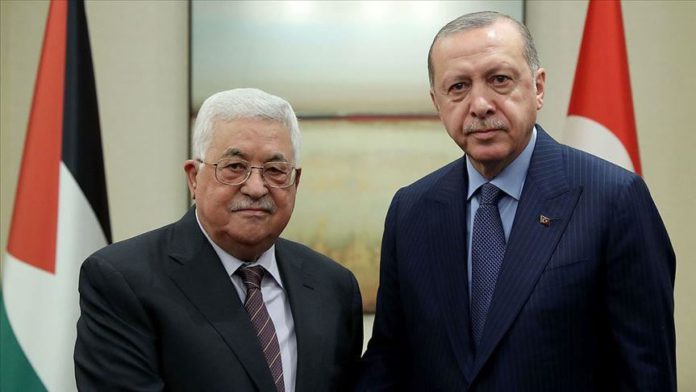 The Turkish and Palestinian presidents discussed over phone bilateral relations and regional issues, according to an official statement on Sunday.

On July 10, a Turkish court annulled a 1934 Cabinet decree that had turned Hagia Sophia into a museum, paving the way for its use again as a mosque.