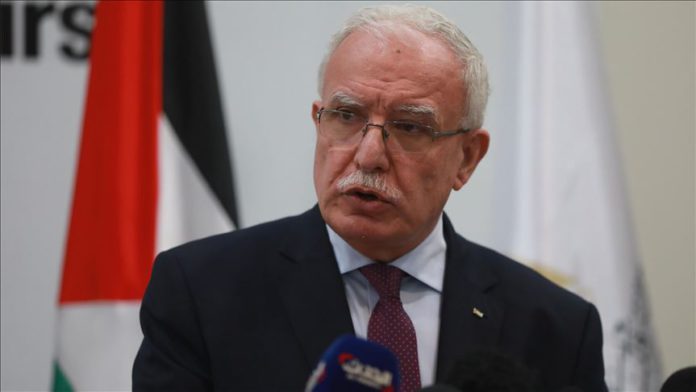 Palestinian Foreign Minister Riyad al-Maliki denounced the international community Friday for failure to stop Israeli violations against Palestine and instead only give rhetorical speeches.

Palestinian people are “facing an existential threat that threats their rights of freedom and the right to self-determination,” the official Palestinian News Agency (WAFA) quoted al-Maliki during a meeting with the Non-Aligned Movement.

“The critical situation in occupied Palestine, including East Jerusalem, largely reflects the serious shortcomings of the international system,” which “is content with speeches without any real action to stop the illegal Israeli practices,” he said.

The Non-Aligned Movement was established in the Yugoslav capital Belgrade in 1961 away from the polarization of Cold War camps at the time and currently consists of 120 members representing the interests and priorities of developing countries on several continents.