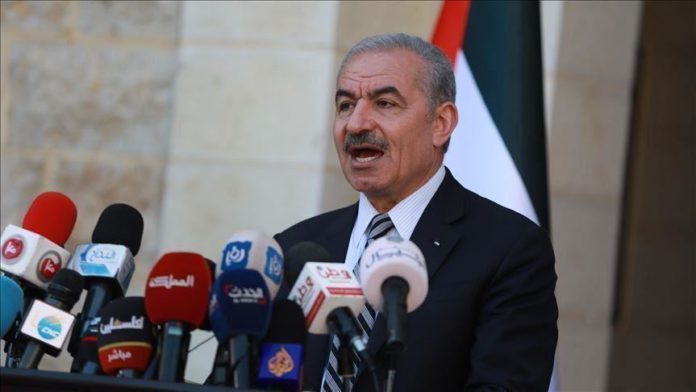 Palestinian Prime Minister Muhammad Shtayyeh on Monday accused the United States of imposing an economic and political blockade on the Palestinians.

Speaking at the weekly cabinet meeting in Ramallah, Shtayyeh said US President Donald Trump admitted that he had cut aid to the Palestinians and prevented some Arab countries from fulfilling their obligations towards them.

This policy, Shtayyeh said, aims to “put pressure on the Palestinian leadership, blackmail it and force it to exchange rights for funds”.

He continued, “The owner of the right is strong, and he who has the will and belief in his homeland and his adherence to his land will not compromise it for the sake of money.”

Shtayyeh stressed that the Palestinians “will not bargain over their rights for money and will remain defiant against pressure and are determined to achieve their rights, freedom and independence”.

US Ambassador to Israel David Friedman told the Israel Hayom on Thursday that there are elements within the US administration in favor of supporting former Fatah official Mohamed Dahlan to replace Mahmoud Abbas as Palestine’s president.

Friedman added: “We’re thinking about it, but we have no desire to engineer the Palestinian leadership.”

Dahlan is a controversial figure harbored by the United Arab Emirates as he faces legal issues from Palestine and Turkey on several charges, including murder, corruption and being involved in the defeated 2016 coup attempt in Turkey.