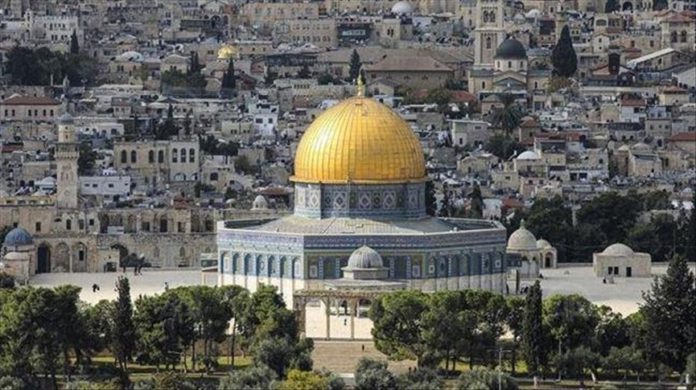 Palestine has called on the UN Security Council to “assume its responsibilities” to stop Israel’s excavations in the complex of Al-Aqsa Mosque, Jerusalem.

This came in a Monday statement by the Palestinian Ministry of Foreign Affairs and Expatriates over the allegations of Israeli excavations in Al-Buraq Wall — Western Wall — near the Mughrabi Bridge that leads to the Al-Aqsa Mosque under Israel’s control since its occupation in 1967.

In the statement, the ministry condemned “in the strongest terms” those excavations and considered them “an extension of the Israeli plans to Judaize the blessed Al-Aqsa Mosque and its surroundings.”

The ministry considered the excavations “a flagrant violation of the relevant UN resolutions.”

In a statement, the department said it follows “with great concern the ongoing excavation work in Al-Buraq Square and near the Mughrabi Bridge [the western wall of Al-Aqsa].”

For its part, The Higher Presidential Committee of Churches Affairs in Palestine warned against the dangers of implementing a Judaization project targeting the identity, history, and features of the Old City in East Jerusalem.

Jordan’s Foreign Ministry spokesperson Daifallah Al-Fayez said in a statement on Sunday that the Israeli authorities must immediately stop the ongoing work in Al-Buraq Wall.

Since its occupation in 1967, Jerusalem has been subjected to intense Judaization operations as successive Israeli governments have worked to intensify settlement activity and displace Palestinians from it in contravention of international resolutions.