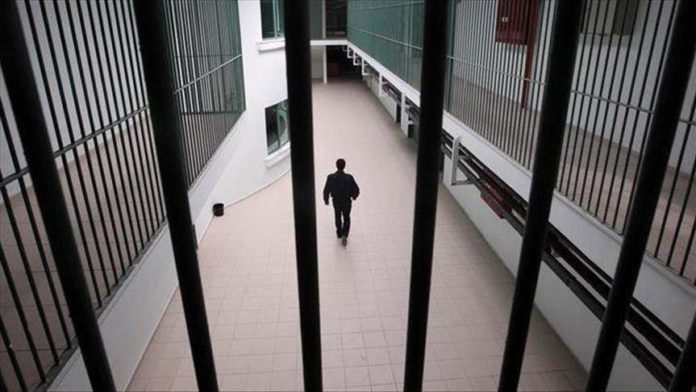 Palestine on Saturday called on the international community and signatories of the Geneva Conventions to assume their responsibilities towards protecting Palestinian detainees in Israeli prisons.

The statement called for holding the Israeli occupation authorities accountable over “the racist colonial system” against Palestinians by “expelling and displacing them from their lands” and carrying out arbitrary detentions against them.

The statement described Israeli courts as “colonial military courts” that do not meet “the minimum standards of the due legal process and a fair trial”, reiterating its call on the international community to work for the immediate release of prisoners.

The Geneva Conventions, which regulate warfare and armed conflict laws, entered into force on Oct. 21, 1950, and have far been ratified by 194 states.

According to the International Committee of the Red Cross (ICRC), the Geneva Conventions protect people who do not take part in active hostilities such as civilians, health workers, and aid workers, and those who have ceased to participate in them including the wounded, sick, shipwrecked soldiers, and prisoners of war.

“The silence of the international community enabled the occupation authorities to continue the policy of arbitrary detention and its systematic violations against Palestinian prisoners, their families, and their rights,” the statement said.

The ministry pledged to continue working on the legal, political and diplomatic levels to ensure the protection of prisoners.