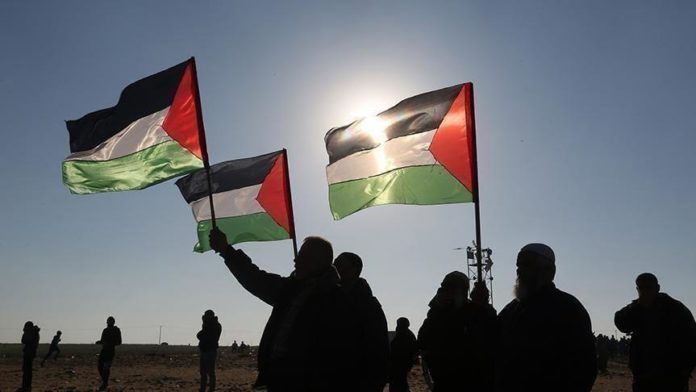 Palestine on Saturday called for the formation of an international commission to investigate massacres committed by Israel in the Palestinian village of Tantura in 1948.

The call came after Israeli daily Haaretz reported on Thursday the discovery of a mass grave in Tantura village of Palestinians massacred by Zionist gangs in 1948.

Palestinians say multiple massacres of Palestinians by Zionist gangs took place in Palestinian villages during the 1948 war in a bid to forcefully expel Palestinians from their homes and land, a tragedy Palestinians refer to as the “Nakba,” or “Catastrophe”.

“The crimes of the occupation did not stop at the year 1948, but are still continuing in a racist and hateful manner, which calls for the opening of investigations into these crimes,” the Palestinian Foreign Ministry said in a statement.

The statement continued, “What is required is a broad international campaign to bring justice to the Palestinian victims and to punish Israeli officials and the official Israeli institution that continues to conceal and cover up the ugliness of these crimes and massacres.”

In its report, Haaretz said Israeli officers “of the 1948 battle at Tantura village (have) finally come clean about the mass killing of Arabs that took place after the village’s surrender.”

It added that a documentary titled “Tantura” is due to be aired online next week, noting that testimonies of Israeli soldiers who participated in the massacre will also be featured.

Haaretz said the mass grave of at least 200 Palestinian bodies buried after their execution was located under the Dor Beach parking lot.

The massacre of Tantura took place on the night of May 22-23, 1948, according to Palestinian historians.

‘Turkey a key actor in Berlin process for Libya peace’

US will pay price for killing of Soleimani: Hezbollah