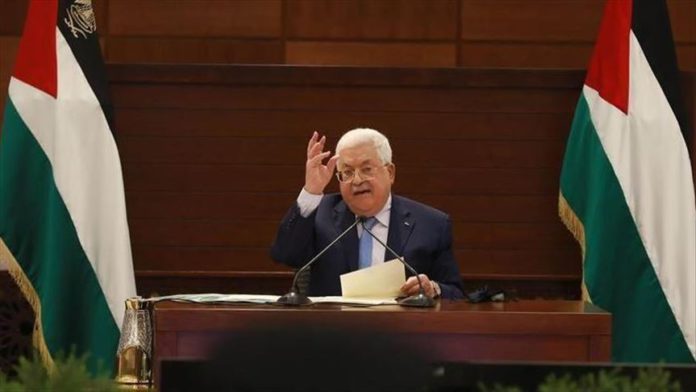 Palestinian President Mahmoud Abbas on Friday called on UN Secretary-General Antonio Guterres to hold an international conference on “a real peace process based on international law” to end the Israeli occupation.

“I call on the Secretary-General of the UN along with the Quartet on the Middle East and the Security Council to start arrangements for holding an international conference with the participation of all concerned parties, starting from the next year with the aim of engaging in a real peace process based on international law, international legitimacy,” Abbas told the 75th session of the UN General Assembly via video link.

According to Abbas, the conference aims to end the occupation and help the Palestinian people to gain their freedom and independence, with East Jerusalem as its capital on the 1967 borders.

“We [Palestinian authority] have always been with the comprehensive and lasting peace and we have accepted all the initiatives that were presented to us and I have personally devoted my life to achieve this desired peace especially since 1988 through the Madrid Conference and the Oslo Accords in 1993, and to this day; We also accepted and adhered to the Arab Peace Initiative,” he said.

Israel in turn “has been disavowing all the agreements and undermined the two-state solution through its aggressive practices of killing, arrests, destroying homes and strangling the economy,” Abbas added.

He also stressed: “The only way to lasting peace in our region is to end the occupation and embody the independence of the State of Palestine on the 1967 borders with East Jerusalem as its capital.”

Regarding the normalization agreements between UAE, Bahrain, and Israel, Abbas said they violate the Arab Peace Initiative as well as the foundations and pillars of a permanent solution in accordance with international law.

Israel occupied the Gaza Strip and West Bank, including East Jerusalem, in 1967.