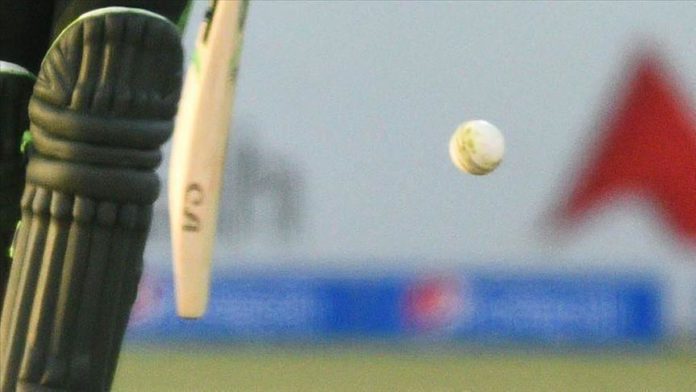 As the world of sports slowly reopens after a months-long hiatus, Pakistan’s otherwise thriving sports industry is struggling to recover from the hit it has taken from coronavirus restrictions.

Dozens of sprawling warehouses in the northeastern city of Sialkot – famous for producing finest quality sports goods – are littered with millions of footballs, hockey sticks, cricket bats, tennis balls, and other games-related goods after hundreds of orders from Europe, South America, and the Far East were cancelled due to the global coronavirus lockdown.

The country’s sports industry, according to exporters, has seen a 70% decline in new orders over the past three months.

“It’s not [reduction in] the new orders alone that has hit the sports industry. We also have to recall scores of orders, which were either ready to ship, or on their way to be shipped after importers cancelled them or extended the delivery dates due to the lockdown,” Ahsan Naeem, chief executive of Vision Technologies, a Sialkot-based sports manufacturer, told Anadolu Agency.

Apart from other sports goods, Naeem’s company had to recall over 100,000 footballs ready to be shipped to different countries in April and May.

Pakistan produces between 1.5 and 2 million footballs per month. It’s famous “thermos-bonded” soccer balls were used in 2018 World Cup in Russia.

Before that, Pakistan had supplied footballs for almost all the world cups from 1990s to 2010.

“Our warehouses are over stocked. But, we don’t have buyers as nothing has been happening in the world of sports for the past several months.

“Though, a few sports events have recently been kicked off, but at the higher level only. Sports activities at schools, colleges, clubs, and other domestic levels throughout the world are still suspended, dealing a big blow to sports industry,” Naeem said.

According to Husnain Cheema, a former president of Pakistan Sports Goods Association, around 25% workers have lost their jobs during the lockdown period.

“Businesses are going into deep financial crunch, stripping the contract-based workers as well as some permanent staff from each factory of their jobs,” he said, adding: “Another 25% (workers) are at the brink of losing their jobs if the situation remains the same for the next few months”.

Cheema, however, observed the country’s exports of sports goods reduced to $700-$800 million due to lockdown restrictions.

Resumption of some European football leagues, and cricket series, which will be played behind closed doors, has brought a little relief to Pakistan’s sports industry.

“We have started receiving some orders but it will take time to resettle,” Naeem said, adding: “The delayed shipments require a reinspection, which would cost us extra”.

Echoing Naeem’s views, Cheema opined that the resumption of “limited” sports activities would not make a major difference, at least in the short term.

“Sports industry is reeling from a double brunt. On the one hand, export orders have been cancelled or delayed, while on the other, they have already imported [manufacturing] raw material from abroad, which has multiplied the financial burden on us,” he went on to say.

Referring to imposition of a 30% duty on imports of sports goods, Cheema called for a “special concession” to Pakistan.

“I appeal to President [Recep Tayyip] Erdogan to support Pakistan’s struggling sports industry by waiving the import tariff,” he said.

‘Something is better than nothing’

Contrary to the groaning exporters, small local factories, which manufacture goods used in board and card games, are thriving.

Sports shops, which usually sells items relating to cricket, hockey, and football, have lost their traditional businesses. But, they have found a new chunk of clients who are buying items related to indoor games like fitness items, board and card games.

“Almost 80% of our traditional customers are lost as all the sport activities are suspended due to coronavirus related restrictions,” Anwer Miandad, a former first class cricketer, who runs a sports shop in central district of Karachi, told Anadolu Agency.

“But, there has been a surge in sale of indoor games, which do not take much space, over the previous three months,” said Miandad, who is a younger brother of Pakistan’s legendary batsman Javed Miandad.

However, he said, there new clientele were not earning him the usual profits.

“Chess, and carrom boards, ludo and cards are neither costly nor breakable like [cricket] bats, [hockey] sticks, and racquets. The profit margin on their sale are meager,” he went on to say.

“But, yes, something is better than nothing.”

Cheema said small factories involved in manufacturing of these games earned more than their regular profits in recent months.

“People are locked indoors. They need some activity to keep themselves fit since gyms, clubs and stadiums are shut down. That’s why the sale of casual sports goods and fitness items have increased in recent months,” he said.