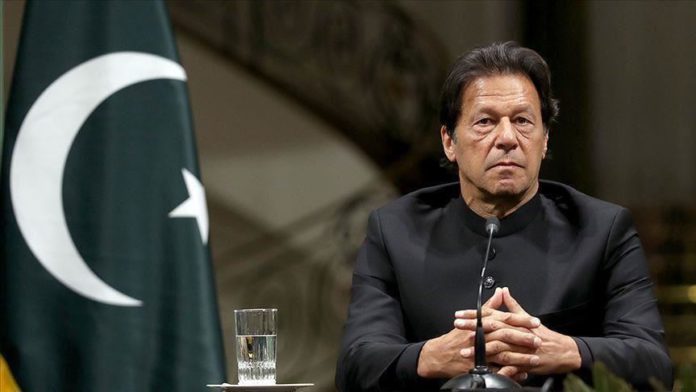 On the first anniversary of India’s unilateral move to scrap the semi-autonomous status of Jammu and Kashmir, Pakistan’s prime minister said the people of Kashmir “will be freed” soon.

Addressing the legislative assembly of Pakistani-administered Kashmir on Wednesday, Imran Khan said: “Indian Prime Minister Narendra Modi took a miscalculated decision on Aug. 5 last year, which resulted in severe resistance from the Kashmiris including the youth and even pro-Indian Kashmiri leaders.”

He called all of Jammu and Kashmir a disputed region and subject to UN resolutions.

“This is the time where Kashmiris should get their ultimate right of a plebiscite which [Jawaharlal] Nehru and other Indian leaders have promised them in the past. There is only one solution and that is acting upon UN resolutions,” Khan said.

Criticizing the Indian government, Khan said: “Modi assumed that Pakistan and the international community will keep silent over his brutalities. But this was the upset in his plan when Pakistan reached out to all the leaders of the world including Trump, Angela Merkel, and Emmanuel Macron, etc, and briefed them about Kashmir.”

He vowed to keep raising the Kashmir issue on every platform underlining that his country “will endorse the Kashmir cause until it gets freedom.”

Khan slammed the Hindutva ideology of India’s ruling Bharatiya Janata Party for crushing the Muslim and other minorities in India.

“Modi has exposed himself in front of the whole world. They thought India is a great market for investment, no one will speak against them. But now all the international community and Kashmiri diaspora are exposing them.”

Khan announced that his government will honor Kashmiri leader Syed Ali Geelani with Nishaan-e-Pakistan, the highest civil award in the country, on the Independence Day of Pakistan on Aug. 14 for his resistance to Indian rule.

US envoy to anti-Daesh/ISIS coalition retiring