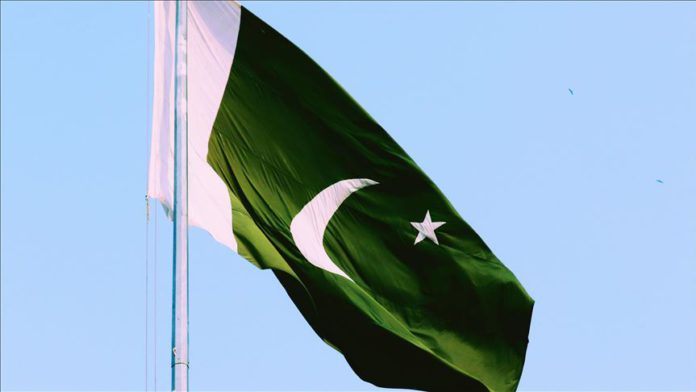 The Pakistani government’s plan to build a new city on twin islands in the Arabian Sea has drawn scathing criticism from environmentalists, who see the ambitious project as a “serious” threat to the entire regional ecosystem.

The proposed offshore residential hub is aimed at easing a mounting housing crunch in the country’s commercial capital, Karachi, which is already home to over 15 million people, according to official statistics, while unofficial estimates put the figure at over 20 million.

Located three nautical miles west off Karachi’s coast, the twin islands — Bundaal and Bundu — serve as a natural bulwark against cyclones and tsunamis apart from being a famous destination for hundreds of thousands of migratory birds from Siberia.

The government plans to connect the islands with Karachi’s coast through a bridge after converting them into a lavish offshore development.

“Building a new city on these islands is in no way environmentally feasible. It will not only deprive Karachi of its first defense to natural calamities such as cyclones and tsunamis but also destroy the marine life as well as coastal forests and rare species,” Tahir Rasheed, director of Worldwide Fund for Nature (WWF) Pakistan, told Anadolu Agency.

According to Rasheed, the twin islands are egg-laying grounds for 99 fish species — many of them considered rare — and home to 56 bird species.

In addition, the islands host more than 200,000 migratory birds who covered grueling distances from Siberia to avoid its bitter winters every year.

They have also long been a passage for rare green turtles that travel to Karachi’s beaches annually for egg-laying.

Spread over 17,500 acres, the two islands combined have nearly 3,500 hectares of marine forest or mangroves.

“Habitation on these islands means there will be no migratory birds in the future. Fish and turtles will either migrate to other destinations or go extinct, and there will be no mangroves to reduce the velocity of cyclones,” Rasheed noted.

“All we get out of habitation [there] will be pollution, garbage and sewage,” he went on to argue. “Loosing a natural defense against natural calamities just for a new city is not at all a wise idea.”

The WWF official also called for an “ecological audit” of the project through a credible organization to evaluate its pros and cons.

“If the value of development is higher than the environment, which I am sure it is not, only then should the government go ahead with its plans,” he further said.

Shabina Faraz, a Karachi-based analyst who often writes on the environment and wildlife, shared similar views.

According to Faraz, the proposed project will not only disturb the ecosystem but is a violation of international conventions on the environment.

“The two islands are part of the Indus Delta, which has already been declared a protected area under the Ramsar Convention,” she said while speaking to Anadolu Agency.

Pakistan is a signatory of the 1971 Ramsar Convention on Wetlands of International Importance. It is named after the city of Ramsar in Iran.

“The increasing population of Karachi and its housing requirements are no doubt serious issues which need to be addressed, but not at the cost of the environment and putting the existence of the whole city at risk [in case of cyclones or tsunamis],” she argued.

“Much land is available around Karachi where several new cities can be built to ease the housing crunch.”

Local fishermen will also take a hit from the proposed project, according to experts.

Hundreds of small and medium-sized boats pass between the two islands to enter the deep sea for fishing every day.

Before entering the deep sea, fishermen catch bait for fishing from the shallow waters off the two islands.

In case of habitation there, they worry that they will lose this centuries-old fishing route.

“These islands have long been serving as a base camp and a channel to the deep sea for us. We catch bait from this channel first and then enter the deep sea for fishing,” said Ghulam Mustafa, a local fisherman.

“In case of habitation and the construction of a bridge means it will be a no-go area for the poor fishermen,” he said.

Echoing his apprehensions, Mohammad Ali Shah, chairman of the Pakistan Fisherfolk Forum, a non-governmental organization that works for fishermen’s rights, said that around 800,000 local fishermen would lose their livelihoods if the two islands became inhabited.

Not too easy to build new city

It takes a good 35 minutes to reach Bundaal island by motorboat from Ibrahim Hyderi, an impoverished fishermen’s village in Karachi’s eastern district.

On the way to the island, also known as Big Island because of its much larger size compared to Bundu, dozens of fishing boats were spotted.

A fisherman quickly threw an anchor into the sea to stop the boat from running aground. One has to get off the boat and wade through the waist-deep water to reach the muddy shore.

A salty sea breeze flanked by the sizzling midday sun itches your body.

Thick green mangroves that stand like a wall on the shore were the first to be spotted. A few camels were grazing nearby. The only humans spotted on the sprawling but barren island were three hunters lodged in a makeshift hut looking for migratory birds.

Half a mile away from the hunters’ lodging sits the shrine of a Sufi saint which is also the site of a three-day Urs (Sufi) festival every year attended by fishermen from adjoining islands and the mainland.

“This is not a new idea. Several attempts have been made in the recent past to develop these islands for housing purposes since 2006,” Faraz said.

However, the investors, including a United Arab Emirates-based construction giant, backed out each time following combined resistance from civil society, political parties and environmentalists.

This time as well, the political parties — mainly nationalist groups in southern Sindh province, for which Karachi is the capital — have taken to the streets against the project.

They accuse the UAE and Pakistani property tycoons of being behind the project and enjoying the support of Prime Minister Imran Khan.

“It will not be an easy project to materialize, not only because of the strong political resistance but also the ongoing worldwide economic crunch due to the coronavirus pandemic,” Faraz said.

The project has also become a platform for competition between the central and provincial governments for ownership of the two islands.

The federal government, through a presidential ordinance, has taken control of the twin islands to develop the housing project.

Initially, the Sindh government led by the center-left Pakistan Peoples Party allowed the federal government to go ahead with its plans. But following strong resistance from political parties and civil society, it withdrew its support, demanding the reversal of the presidential ordinance.

Rejecting the criticism, Federal Information Minister Shibli Faraz accused the Sindh government of “playing politics” on the project, which, according to him, is aimed at reducing the population burden on Karachi, attracting foreign investment and creating thousands of jobs for local people.

He assured that the government would “fully” protect the rights of local communities.

According to a Karachi-based constitutional expert, land or islands within 12 nautical miles of the country’s territorial waters are the property of provinces after the 18th amendment in the Constitution.

“Since it’s a housing scheme and in no way a necessity, therefore, it doesn’t fall in the federal legislative list as per the Constitution.”

Turkey: Hole in heart can be treated sans surgery