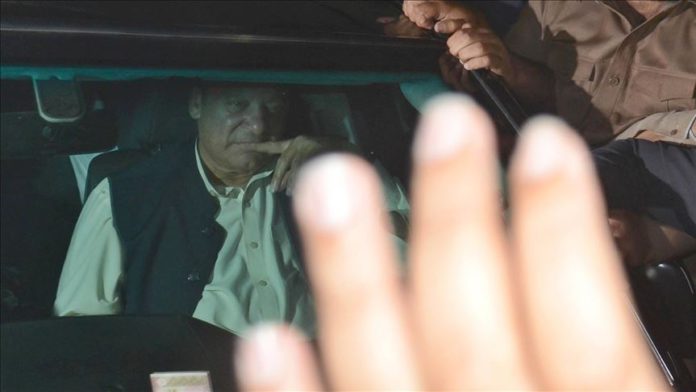 A Pakistani court on Tuesday ordered former prime minister Nawaz Sharif, who is in London for medical treatment, to “surrender” to the court next week.

The Islamabad High Court’s ruling came during a hearing of the appeals filed by the former premier, his daughter and son-in-law against their convictions in corruption cases.

“We are not declaring Nawaz Sharif an absconder, we are giving him an opportunity to surrender before the court,” Geo News, a local broadcaster quoted Justice Amir Farooq, a senior judge of the court, as saying.

The court scheduled the next hearing for Sept. 10, and asked Sharif to appear before the court in person.

Maryam Nawaz, Sharif’s daughter, also appeared before the court during the hearing.

Speaking to reporters outside the court, she said Sharif would return to the country once his treatment is completed and his health condition is out of danger.

Sharif’s “treatment is under way, it got delayed due to the coronavirus,” she added.

In November 2019, the Lahore High Court granted a four-week permission to the former three-time premier to travel abroad on medical grounds.

However, according Sharif’s family counsel, the court also had ruled that the deadline could be extended on the recommendation of doctors.

The former premier was suffering from acute immune thrombocytopenic purpura, a bleeding disorder in which the immune system destroys platelets, and currently he is in London for his treatment.

In 2017, he was disqualified by the Supreme Court over the Panama Papers scandal, which also led to the filing of three corruption cases. Not long after, the top court also barred him from holding the leadership of his party, the Pakistan Muslim League-Nawaz.

The former ousted premier, who has twice undergone open heart surgeries, was convicted in two of three corruption cases, and exonerated in the third.

In the first case, Sharif, his daughter and son-in-law, was sentenced in July 2018 to 10 years in jail in a corruption case by an accountability court in Islamabad, but the Islamabad High Court suspended the conviction in September 2018.

In the second case, known as Al Azizia, in December 2018, Sharif got seven years in jail for owning assets beyond known income sources. The court suspended the jail term and granted him eight-week bail on medical grounds in October 2019.