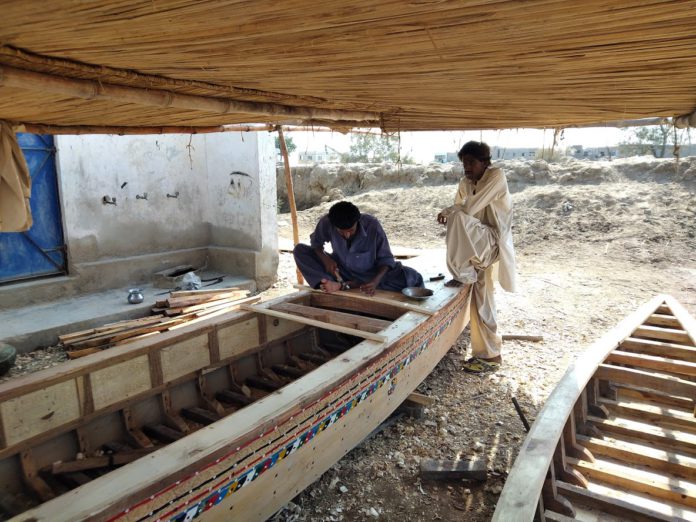 It took him a good 20 minutes from the eastern bank of Manchar to reach a cluster of a few dozen boats anchored in the middle of the lake and home to the centuries-old Mohana or Mallah community, whose population has shrunk to only 4,500 people from 50,000 in less than three decades.

These people are living on boats.

Mallah or Mohana, is colloquially used to refer to a fisherman in southern Sindh province, in which Manchar Lake is located.

Situated west of the mighty Indus River in the southern districts of Dadu and Jamshoro and spreading over 250 square kilometers (96.5 square miles), Manchar is also one of Asia’s largest freshwater lakes. With an average depth between 2.5 to 3.75 meters (8.2 to 12.3 feet), the lake can expand to 500 square kilometers (193 square miles) during the peak monsoon season.

Sitting on the edge in an attempt to maintain the balance of the canoe, which is the only means of transport for his family to the outback, Afzal’s father, Mohammad Yousaf Mallah, narrates the story behind the gradual drop in the population of his village, named after his ancestors but commonly known as the “boat village.”

“It’s a bunch of problems — ranging from climate change and finances to health issues — which have propelled our people to leave their ancestral village in recent years,” said Yousaf, who like all other villagers belongs to a relatively affluent Shaikh community, a branch of the Mallah clan.

The lake has become a dumping ground for industrial waste generated from upper parts of southern Sindh and a few areas of southwestern Balochistan, putting the lives of those who depend on the waters at risk.

Once-abundant fish stocks have gradually shrunk due to industrial effluents, declining water levels due to low rainfall, and the construction of barrages and dams on the Indus River.

“The [lake] water is everything for us, but mainly the only source of income. Fish were abundant, the water was clean and sweet, and diseases were way less until a few decades ago,” Yousaf went on to say, referring to the rising number of eye and skin infections and waterborne diseases like diarrhea and gastroenteritis, mainly among children.

The barren banks of the lake were covered in grass until 15 years ago, Yousaf said, waving to a bigger boat cruising towards the canoe. Made of solid “diyar” wood, this boat serves as a residential unit for an extended family.

The 200-year-old village has only 45 boats left. Many families simply migrated to different parts of the country as they could not afford to repair their boats due to the shrinking fishing business in recent years.

The canoe’s passengers carefully boarded the boat, which costs as much as 1.2 million Pakistani rupees ($16,270) and lasts for up to 40 years.

An infant was asleep in a corner on a multi-color traditional bedspread known as a “Rilli” or “Ralli.” Another portion of the boat is used as a kitchen, while the third and the fourth parts are reserved for children to play and store luggage and belongings. 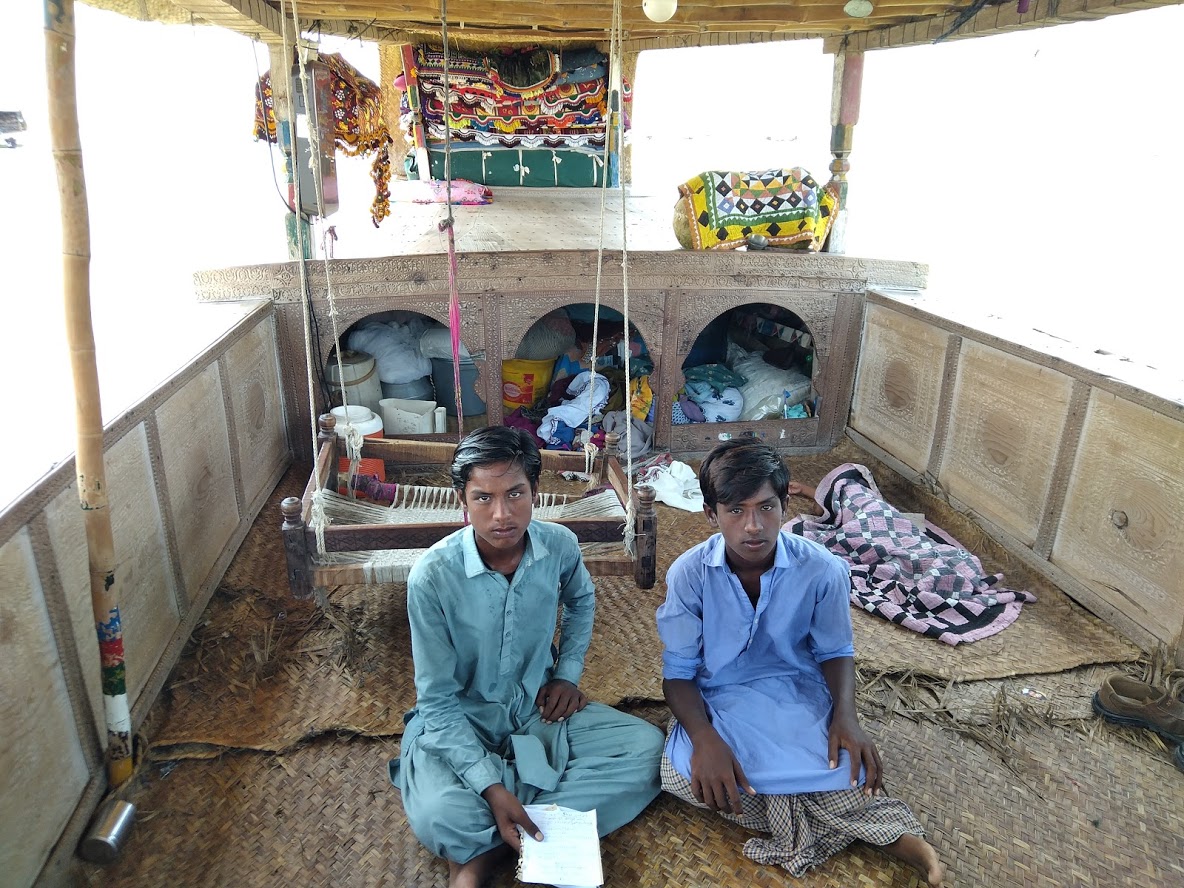 Loud music could be heard from a short distance to the village as an engagement ceremony was underway.

A man usually arranges a new boathouse (to use it as his home) before getting married. The average age for a man to marry is 25 years, while for a woman, it is 20 years, which is quite higher compared to other castes of the Mallah community.

“The rising costs of boats have made it hard for a boy to marry early before 25 years. That’s why the average marriage age is higher in our case,” Yousaf said, pointing out that the average cost of a boathouse was merely 10,000 rupees ($65) 50 years ago.

“We do not put a burden on the girl’s family. He can give his daughter dowry as much as he can afford. It’s the boy’s responsibility to arrange a new [boat] house for her,” he added.

Dowry is a tradition in South Asia in which father gives some valuable and jewelry to his daughter to support her new life or husband.

The government and local NGOs have provided solar panels to power the boathouses, of which some even have television sets which receive signals through a dish antenna.

Unlike other fishing communities, adult women of this village do not interact with unrelated men. A few help their husbands or parents with fishing while most stay at home and restrict themselves to domestic chores.

In case of male guests, a middle-size boat which serves as a “drawing room” is anchored near the bank, where the visitors are served with food and tea.

Swimming comes in handy for even children. Boys start going fishing with their parents at the age of 5.

“Both men and women of our community know swimming, which is a must for living on the lake,” Faiz Mohammad Mallah, a community leader, told Anadolu Agency.

“As soon as a boy reaches the age of five, we start teaching him rowing and swimming,” he said.

Education has a little space in the boat village as only three children, including Yousaf’s son Afzal, go to school in the nearby town of Sehwan.

“As the lake dries up in the winters, our boats move further deep into the lake, which increases the distance between the shore and the boats. It stretches as much as two-and-a-half hours,” Mohammad said while wiping the sweat from his face with his sleeves.

“It’s hard for children to spend five hours a day just to travel, ” he maintained.

Apart from shrinking business resources and mounting health issues, technology has also played a key role in “changing the minds” of village youths.

“Many of our youths no longer want to live here. Access to television and mobile phones has changed their minds altogether,” Yousaf said.

“They want to migrate to cities and live there.”

Hundreds of families, he said, had migrated from the village in recent years, not only because of the declining fishing business but also for a better future of their children.

“Our children are in touch with their cousins and relatives living in the fishing towns of Sindh and Balochistan [provinces] via mobile phone. This exposure to the outside world has changed their minds. They want to be like them [migrated children],” he added.

“We are trying our best to carry on our 200-year old traditions, but in the given circumstances, it seems to be difficult,” he said.

Endorsing his father’s view, Afzal, who is a grade nine student, said: “Not only I, but many others [youths] no longer want to live here. We want to go to school, play and make friends. What’s here for us except for fish, birds and water? We want to be like normal people,” he argued. 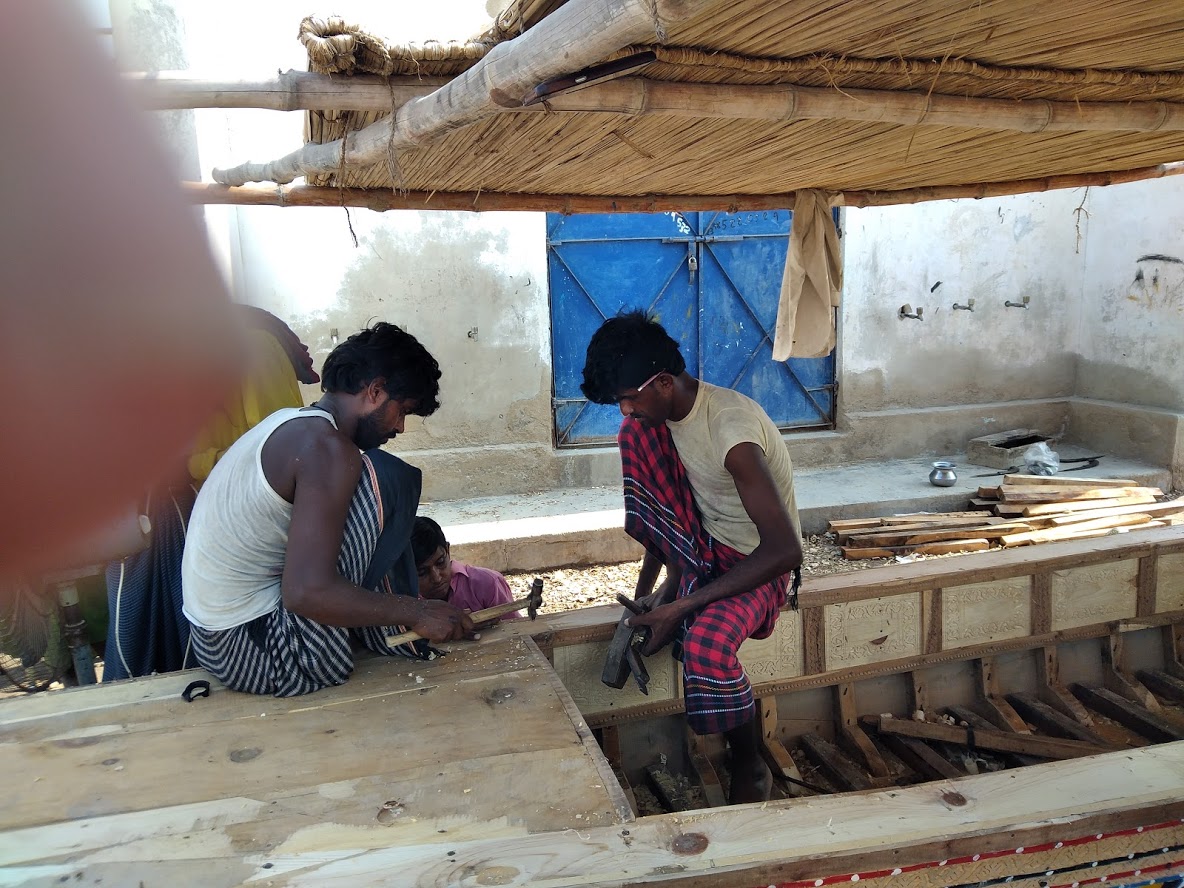 The embattled community sees the recent massive monsoon rains which have filled the lake after a decade as a glimmer of hope.

Record-breaking rains that destroyed communication infrastructure and crops across the country have produced enough fresh water to replace the lake’s toxic waters.

“Clean water means more fish, more birds, more grass, and ultimately more business,” said Yousaf, who like other fishermen either travel to the country’s commercial capital Karachi, some 350 kilometers (217 miles) away, or the adjoining districts to sell the fish.

Also, the residents do not have to go to Sehwan to fetch drinking water.

“If we have the same rain spells for the next few years, these barren banks and the lake itself will be filled with grass and herbs, which will subsequently improve the fish stocks.

“If it really happens, it’s quite possible that many of those who have migrated will return to their village,” he said. 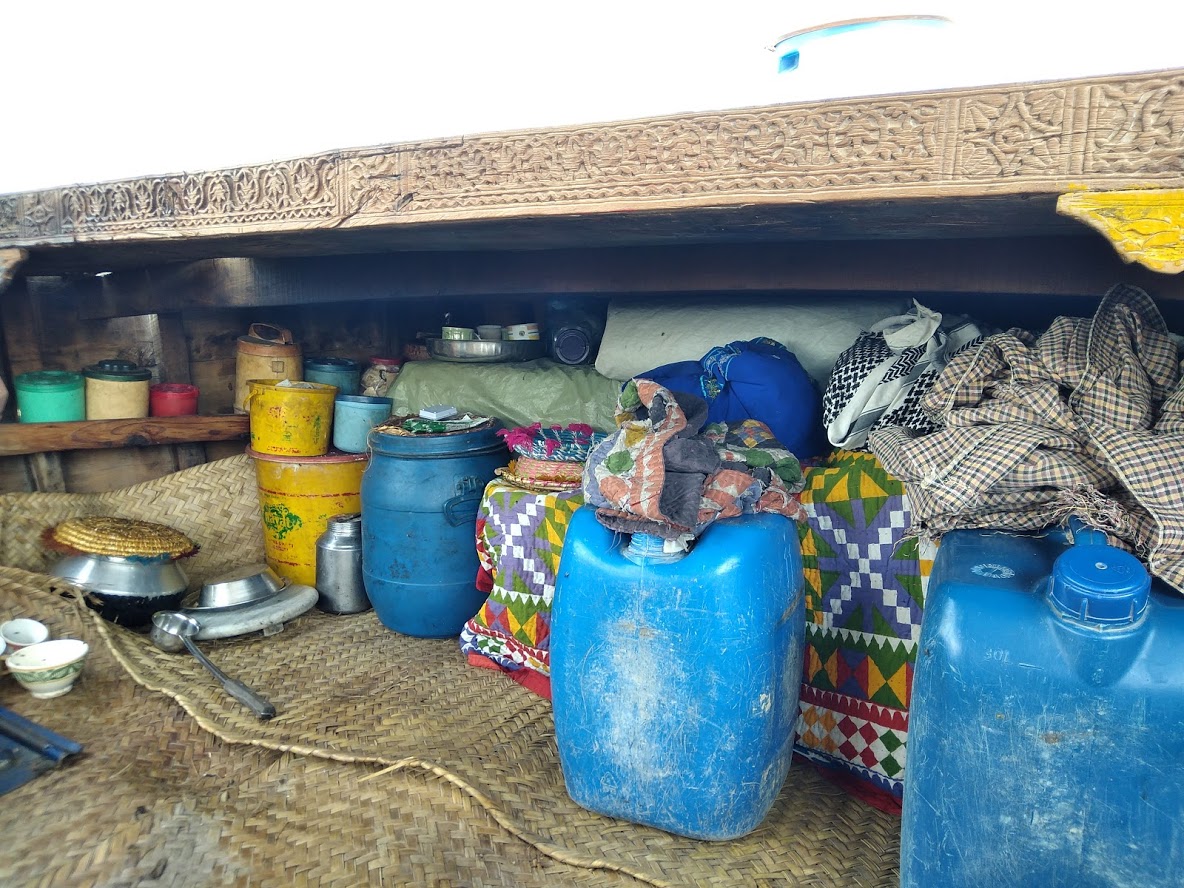