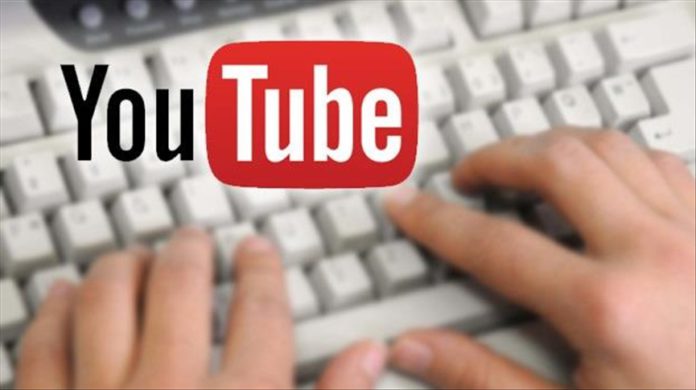 Rehan Allahwala, a YouTuber from Pakistan, carries the lofty goal of eliminating poverty from the planet by educating people with his videos in which he imparts his entrepreneurial experiences.

Educating people has been a personal goal for Allahwala over the past 11 years, starting from scratch and now reaching out to almost 141,000 people, he told Anadolu Agency in an exclusive interview.

“So, if somebody wants to learn how to start a business without money, all he has to do is watch a movie for hour and a half. There may be lots of movies about it but I wanted to add my version of success,” he said.

Allahwala said he started making YouTube videos when the website arrived in Pakistan in 2005, with his work — a video on how to use Facebook — first going viral 11 years ago.

“I was using a prehistoric phone back then. I actually got serious only five years ago. Because YouTube was blocked in Pakistan by the government, nobody would ever be able to use it. I was posting videos of my children. One of the videos which went viral was my daughter’s video when she was three years old. I think I made $1,000 of that video. And she was just reading a poem,” he said.

He said his ideas for content were mostly based on his life experience.

Allahwala said he never worked for anyone but started his first business at the age of 13 by selling computer games, making computer accessories, and then starting an email company, an internet company, and a telecom company.

“I started over 100 companies in five different countries,” he said.

“So, everything I have experienced is what my topic is about. I think travel is where I get most of my content from. In Urdu ‘Suffer’ actually means travel, however in English it is pain. When you ‘suffer’ in Urdu and English together, you learn a lot of things.

“I traveled to 80-plus countries, I’ve lived in five countries. I’ve done, about 100-plus businesses in my life. So all that experience of doing things is what I talk about. I don’t read books, I meet a lot of people, ask a lot of questions and then, based on that, I make my videos,” he said.

“Most of the people in Pakistan have not traveled much, I personally was rejected international visas 26 times,” he said. Referring to Plato’s allegory of the cave, Allahwala noted that he had discovered the world when he started traveling, rather than from what he was taught.

He emphasized that he does not make money off social media platforms and his main income source is his businesses.

New YouTubers should be open to criticism

Allahwala’s advice to new YouTubers is to stop thinking and start doing.

“Get used to people laughing at you. In the first 50 videos, don’t even watch your own videos, just make them. And after you’ve done 50 videos, then go back and start watching them, start improving them, start replying to the comments. Start doing search engine optimization. Read the comments and feedback and then really get serious about making real videos,” he said.

Posting videos on social media attracts a lot of criticism, critique, and feedback he said, adding that people were not used to these.

“Most of the people are comfortable within their own family circle or their own friends’ circle. They’re not really used to the world. That’s why they don’t even start the videos. So, the first thing you do is just start making it, do not think about anything. You can make videos about anything,” he stressed.​​​​​​​

COVID-19 cases rising in Kazakhstan due to omicron variant