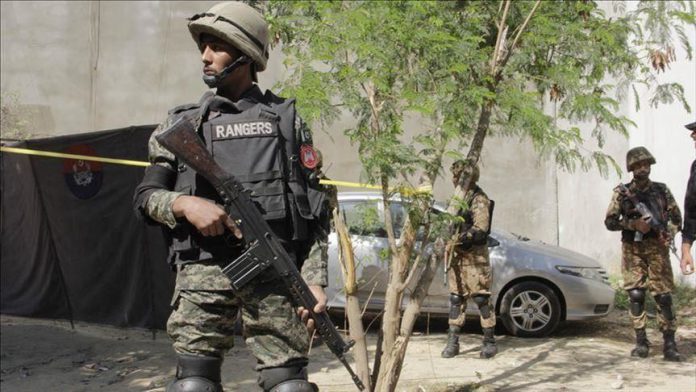 A Pakistani soldier was killed in fresh round of firing at disputed Kashmir border on Tuesday, the military said.

The clash — latest in a string of border skirmishes — took place at Shahkot sector along the Line of Control (LoC) — a de facto border that divides the picturesque Himalayan valley between Pakistan and India.

“Indian army troops resorted to unprovoked fire in Shahkot Sector along [the] LoC with heavy weapons. During the exchange of fire, one brave soldier Sepoy Wajid Ali valiantly responding to Indian ceasefire violation, embraced Shahadat (martyrdom),” a statement from the Inter Services

US delivers 'lethal aid' to Ukraine amid tensions with Russia

US: 6 dead in New Jersey shootout, including officer