TurkishPress
Home News Pakistani premier says he hopes to bring US, China together 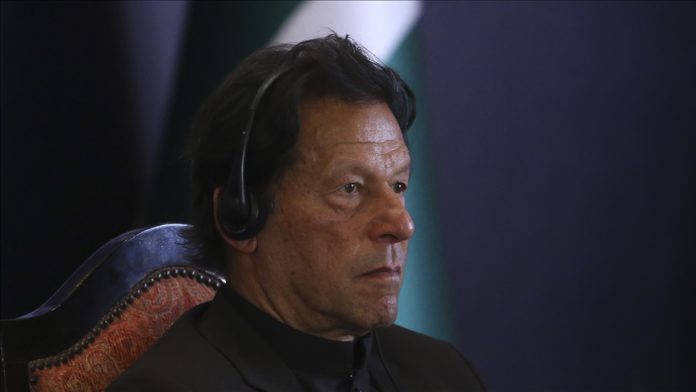 Pakistani Prime Minister Imran Khan reiterated his wish to play a role in mitigating tensions between the US and China in order to avoid “another Cold War.”

In an interview with the state-run China Global Television Network aired Tuesday, Khan cautioned that the world should not go through a situation where it is divided into two camps as it does not need another Cold War, which would not benefit anyone. In fact, “everyone suffers,” he went on to say.

Khan culminated his four-day visit to Beijing, where he attended the opening ceremony of the 2022 Winter Olympics, on Sunday.

Answering a string of questions about world politics and regional security, including relations with the US, he said his country enjoys good relations with both Washington and Beijing and wants to play a similar role to one it played in the 1970s, when it was “instrumental” in bringing the two rivals closer.

Citing the famous visit in 1971 of former US Secretary of State Henry Kissinger to Beijing, which was brokered by Islamabad, Khan said his country wants to replay “that role.”

Referring to the Cold War between the US and the now-defunct USSR, he hoped the world would not see a similar situation again where Islamabad would have to choose sides.

He contended that both Islamabad and Beijing are facing a common “problem” in the form of “our big neighbor” India.

He was referring to heightening border tensions between New Delhi and Beijing and the long-running Kashmir dispute between the two nuclear neighbors.

All of the political disputes, he went on to say, should be resolved through dialogue. However, he charged, the Indian government led by Prime Minister Narendra Modi is an “extreme nationalist” one.

“We find the Indian government difficult to move forward with, specifically because of Kashmir. Kashmir is our only issue with India, and rather than trying to resolve that issue, India has made things worse,” he said.

One day, however, all political disputes, including Jammu and Kashmir, would be resolved through political dialogue, he said.

Some Kashmiri groups have been fighting against Indian rule for independence or unification with neighboring Pakistan.

According to several human rights groups, thousands of people have been killed and tortured in the conflict since 1989.

Noting that Beijing and Islamabad share a similar stand on neighboring Afghanistan, Khan reiterated his demand for the release of Kabul’s frozen assets.

He was referring to the over $9.5 billion of the Afghan central bank’s reserves that US President Joe Biden’s administration has blocked since the Taliban swept to power on Aug. 15 last year.

The Taliban government, he said, cannot deliver, as they are in a “serious state of crisis” without foreign aid, which makes up 75% of Afghanistan’s total budget.

Pakistan, China and several European countries, according to Khan, have agreed that despite the “likes and dislikes” of the Taliban government, the priority must be the 40 million people of Afghanistan, who have been suffering due to an acute financial crunch.