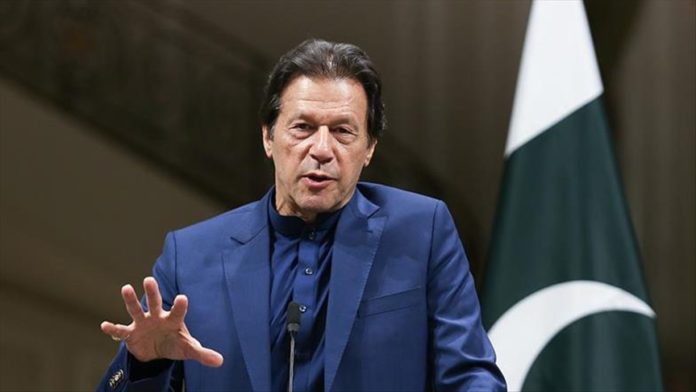 Pakistan’s prime minister on Friday proposed a 10-point agenda to avert an economic collapse due to the ongoing COVID-19 pandemic across the world.

Speaking at a two-day UN General Assembly special session on the response to the deadly coronavirus pandemic through a video link, Imran Khan said that nearly 100 million people in developing countries could fall into extreme poverty while on the other hand, rich countries injected $13 trillion as fiscal stimulus to revive their economies.

“The COVID-19 pandemic is the most serious global crisis since the Second World War. The virus has infected nearly 65 million people and killed sadly close to 1.5 million and hopefully whenever a vaccine is available, it must be offered to everyone,” Khan said.

Proposing a 10-point agenda to overcome the ongoing crisis, Khan said debt should be suspended for low-income and most-stressed countries through the end of the pandemic and debt for least-developed countries should be cancelled.

He said there is a need to create a new “liquidity and sustainability facility” which should provide short-term loans at lower rates and also fulfill 0.7% official development assistance commitments.

The premier also proposed mobilizing the required $1.5 trillion annual investment in sustainable infrastructure and achievement of the agreed target of mobilizing $100 billion per year for climate action in developing countries.

‘Illicit financial outflows should be stopped’

“Rich countries should take immediate action to stop the massive illicit financial outflows from developing countries to rich countries, to offshore tax havens, and at the same time, immediate return of their assets stolen by corrupt politicians and criminals back to these countries,” Khan said.

“Developing countries just do not have the resources to afford such a massive economic stimulus. They are struggling to find even a fraction of the $2-3 trillion they require to recover from the pandemic,” he added.

The premier also briefed world leaders over his country’s successful “smart lockdowns” policy, saying the strategy has worked so far. However, Pakistan is now being hit by the virus’ second wave, he added.

“We are now facing the challenge of maintaining and reviving our economic growth as well as dealing with increasing number of cases which are occupying our hospital beds,” Khan concluded.

During the past 24 hours, Pakistan reported 3,262 new coronavirus cases, bringing the total number of cases in the country to 410,072, according to health ministry.

With 55 new deaths, the death toll reached 8,260, while 350,305 people recovered and were discharged from hospitals, the ministry data showed.