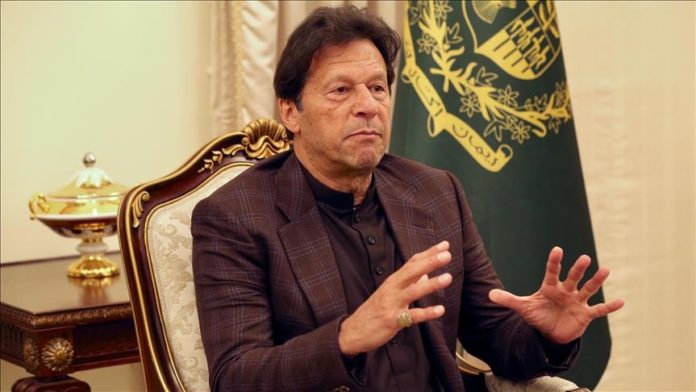 The Pakistani prime minister on Friday assured his Chinese counterpart of full cooperation in the investigation of this week’s explosion that claimed the lives of Chinese citizens.

At least nine Chinese construction workers and three Pakistanis were killed when an explosion blew a bus off the road in Kohistan district of northern Pakistan.

In a statement, Pakistan’s Foreign Ministry had called the explosion an accident, saying the bus carrying Chinese workers to the site of Dasu hydropower project plunged into a ravine, and a subsequent gas leak caused the blast.

But on Thursday, Information Minister Fawad Chaudhry said initial investigations confirmed “traces of explosives” and that “terrorism cannot be ruled out” in the incident.

In a call with Chinese Prime Minister Li Keqiang, Imran Khan expressed condolences over the loss of precious lives of Chinese nationals. He assured that “no effort would be spared to fully investigate the incident,” according to a statement by his office.

Beijing has said that it will dispatch investigators to Pakistan, urging Islamabad to punish the perpetrators if it is a terrorist attack.

According to China’s state-run media, Li called on Pakistan to assist the Chinese team in the investigation, and hold to account those responsible.

He also hoped for effective measures for the protection of Chinese personnel and institutions in Pakistan, and to prevent a repeat of similar incidents.

Meanwhile, a joint meeting on the China-Pakistan Economic Corridor (CPEC), which was scheduled for Friday, has been postponed to a later date after Eid, said Asim Saleem Bajwa, chairman of the CPEC Authority.

The Dasu hydropower project is part of CPEC, a $65 billion project aimed at connecting China’s northwestern Xinjiang province to the port of Gwadar in Balochistan.

Pakistan is a close ally of China, and a large number of Chinese nationals are based in the country to supervise the infrastructure projects. Pakistan’s army created a special security division for the security of CPEC and its workforce.

In April, a bomb explosion at a luxury hotel in Quetta, the capital of Balochistan province, killed at least five people. Chinese ambassador Nong Rong was staying at the hotel, but was not present there when the blast occurred. The Tehreek-e-Taliban terrorist group had claimed responsibility for the attack.

In 2018, separatists killed at least four people in an attack on the Chinese consulate in the port city of Karachi.