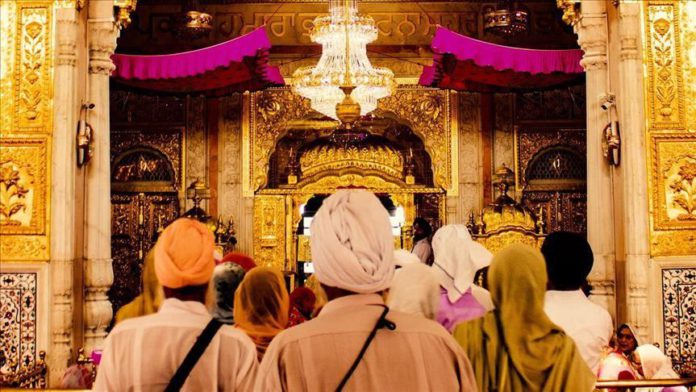 In addition to Muslims, Pakistan’s Hindus, Christians, and Sikhs are slamming the acquittal of 32 people accused of inciting the demolition of a 400-year-old mosque in India, calling the Indian court ruling a travesty of justice.

“This [verdict] is a farce. It is an open secret that Babri Mosque was demolished under a pre-planned strategy orchestrated by the BJP [Indian ruling Bharatiya Janata Party] leadership,” Lal Malhi, a Hindu member of the lower house from Pakistan’s ruling Tehreek-e-Insaf party, told Anadolu Agency.

A special court in India on Wednesday acquitted all the 32 surviving accused in the 1992 Babri Mosque demolition case.

The verdict came almost 28 years after the historic mosque was pulled down by a frenzied mob in the north Indian town of Ayodhya.

Judge SK Yadav, on his last day in office, claimed the evidence against the accused was not strong enough and the mosque demolition was not pre-planned.

As many as 32 leaders of India’s ruling BJP were charged in the case, including former Deputy Prime Minister Lal Krishna Advani, as well as Hindu religious leaders Sadhvi Rithambara, Nritya Gopal Das, and Vinay Katiyar.

The 400-year-old Babri Mosque in the city of Ayodhya in Uttar Pradesh was razed on Dec. 6, 1992, by a large group of activists belonging to the Hindu nationalist organizations Vishwa Hindu Parishad (VHP), affiliated to Rashtriya Swayamsevak Sangh (RSS). They claimed that the mosque stood on the birthplace of the Hindu deity Ram.

“I will be the last person to believe that it was not pre-planned,” said Mahdi.

“I still recall the euphoria the BJP leadership created months before the Babri Mosque demolition across India. Mobs had gathered and marched towards Ayodhya led by BJP leaders. Only a few policemen armed with batons were deputed to hold off thousands of charged extremists.”

He added: “There was a clear nexus between the attackers and the [party] administration. What else is called pre-planned?”

Not only this verdict, he said, but last November’s Indian Supreme Court ruling handing over the mosque land to Hindus for construction of a temple was “unjust.”

“Everything had happened in broad daylight. They [mobs] came fully prepared and equipped to demolish the mosque. How can it be judged as an act of individuals and spontaneous?” Kumar told Anadolu Agency.

“Today, this judgment has buried Indian secularism,” he charged.

“The Indian state as a whole must understand what’s happening with minorities there. Every humane Hindu condemns this verdict,” he added.

“This is not a controversial judgment but a one-sided one, and unjust decision to give safe passage to the criminals,” Shafiq, founding member and Karachi chapter head of the Pakistan Minority Rights Commission, a group that champions minority rights in Pakistan, told Anadolu Agency.

“Even if it was spontaneous, it still remains a crime. How can a crime be ignored on the basis of [being] spontaneous or pre-planned?”

“Whatever the Modi government is doing against minorities, still I was not expecting this from a judge. In fact, he should not have given a judgment when it was his last day in office,” she said.

Baba Harmeet Singh, member of the managing committee of Sikh temples in Pakistan, accused the nationalist Indian government of pushing Muslim, Christian, Sikh, and other minorities into the corner under a “calculated policy.”

“This verdict is not only against Muslims but against all the minorities there. It will set a precedent to demolish the places of worship of other minorities as well,” Singh told Anadolu Agency.

Seafood in focus as Beijing grapples with new cases