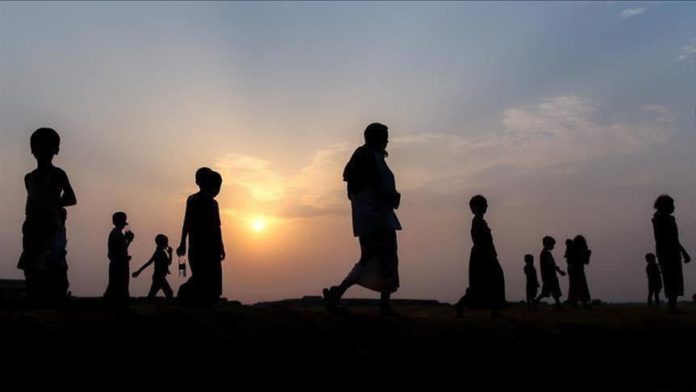 Pakistani experts have said the lives of millions of Indian Muslims are at stake amid rising Islamophobia and urged world powers to take notice to prevent another refugee influx from knocking their doors.

Speaking at a seminar on Thursday in the capital Islamabad, Pakistan’s Information Minister Shibli Faraz said Islamophobia has become a tool at the hand of India’s ruling Bharatiya Janata Party.

“[Indian Prime Minister Narendra] Modi’s policies against the Muslims would have serious consequences as he encourages demonization of the Muslims on the basis of religion, and has empowered right-wing ethno-nationalists,” he said.

“This authoritarian attitude not only puts the lives of millions of Indian Muslims at stake but predicts an imminent humanitarian crisis that may extend beyond borders,” he added.

Faraz was referring India’s controversial law that grants citizenship to Hindus, Sikhs, Jains, and Christians from Pakistan, Afghanistan, and Bangladesh, but blocks naturalization for Muslims.

Muslim leaders believe the new law will be linked to a nationwide exercise where every citizen would be asked to prove Indian citizenship.

“Unsurprisingly, the only major religion that has been left out is Islam — the second largest religion in India with over 200 million followers,” Faraz added.

He noted that on the first anniversary of the annexation of Kashmir, Modi laid foundation of the Ram Temple on the site of the 16th century Babri Mosque, which has been at the heart of a decades-long dispute between Indian Muslims and Hindus.

In a 2019 ruling, the Indian Supreme Court handed over the mosque site to a trust to built the temple, giving Muslims a separate piece of land to build a mosque.

Last year, the Indian government scrapped the semi-autonomous status of Jammu and Kashmir and divided it into two federally-administered territories.

Political leaders and activists have since been arrested or placed under house arrest. Moreover, a partial communications blackout is still imposed in the Muslim-majority region.

“The IIOJK [Indian Occupied Kashmir] has been under a strict lockdown for more than one year now with communication links to the outer world cut off and demographic engineering carried out in the blood-stained valley via controversial domicile and property laws amid grave human rights violations, mass detentions and extra-judicial killings,” Faraz said.

Qibla Ayaz, chairman of the Council of Islamic Ideology of Pakistan, criticized the silence of world powers over the current situation in India.

He warned of another refugee influx if the international community did not act now.

“It is very unfortunate that Modi’s racist and fascist ideology has given rise to populism and Islamophobia in India,” Ayaz said.

“The current situation is very alarming as Indian media plays a negative role and promotes Islamophobia in the country,” she said.

During the recent outbreak of COVID-19 across the world, every country was busy in dealing with the virus while Indian hospitals displayed banners saying: “Muslims are not allowed”, she claimed.

Several other analysts and former diplomats spoke at the event and urged the international community to act against the growing Islamophobia in western countries and India.

Attacks on Muslims have been on the rise across India since Modi came to power in 2014 and went on to win a second term.