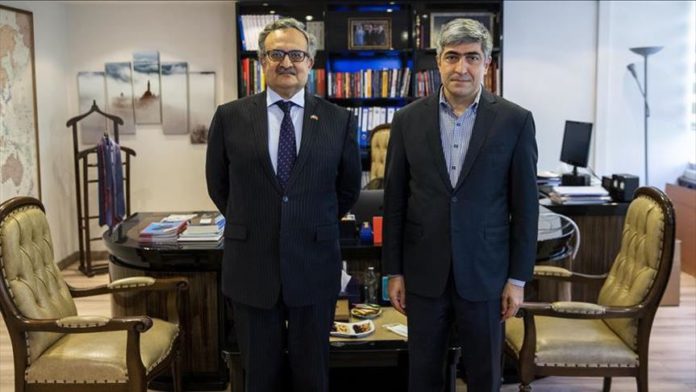 Qazi recalled that the Indian administration granted permission to tens of thousands of people despite not being local residents to settle in Kashmir where the humanitarian situation is worsening.

“These moves [by the Indian administration], which mean demographic attacks, are the same with Israel’s Palestine policies,” he said.

He also expressed pleasure for Turkey’s care for the issues in Kashmir, and thanked Anadolu Agency for the impartial journalism.

Mutanoglu, for his part, said the agency will continue to inform Turkey and the international community about the hot topics all over the world, including Kashmir.

He said the Kashmir issue will remain to make headlines worldwide, adding that Anadolu Agency will continue reporting humanitarian, political and other developments on basis of impartial journalism.

Majority-Muslim Jammu and Kashmir has been under a lockdown for 11 months, with human rights groups saying the Indian administration has been oppressing the people of the disputed region, especially since taking away its special status under the Constitution last August.