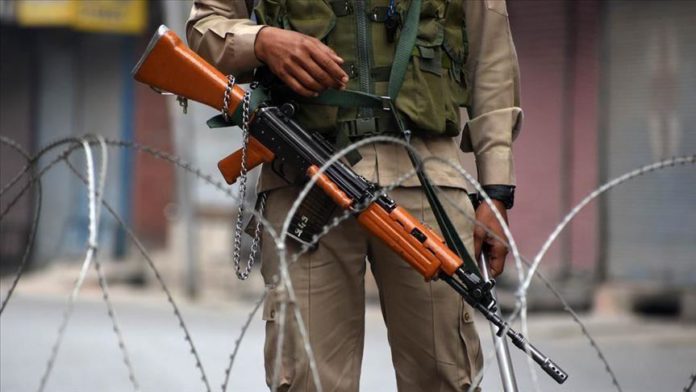 As World Minorities Day was observed Tuesday, Pakistan urged the international community to act to stop the “ethnic cleansing” of Kashmiris.

“If Muslims are the target today, it was the Sikh massacre in 1984. It’s not only about Muslims. Dalits [lower-caste Hindus] and Christians are also being exterminated systematically. Minorities are being killed under a plan,” said Shehryar Khan Afridi, the chairman of parliament’s Kashmir Committee.
Addressing a seminar organized by local think tank the Pakistan Institute of Parliamentary Services (PIPS) in the capital Islamabad, Afridi said Pakistan has set a model of equal treatment to its minorities and the world needs to learn from it.
He was referring to the revival and return of several places of worship to minorities, in addition to the opening of the Kartarpur border crossing with India, allowing Sikhs to visit the resting place of the founder of their religion in Pakistan late last year.
Accusing New Delhi of unleashing a “reign of terror” against Indian minorities, particularly Muslims, Afridi called for an immediate end to atrocities being meted out to minorities in general and “Kashmiris in particular.”
“It’s about time that the developed world must intervene before it’s too late. India under a genocide plan is killing its minorities, and Muslims are a special target of Indian subjugation.”
He warned that if the UN and prosperous world failed to stop the “systematic bloodshed and ethnic cleansing of Kashmiris in India, Kashmir may become a nuclear flashpoint which may have an impact beyond the region.”

Masood Khan, president of Pakistan-administered Kashmir, also known as Azad Jammu and Kashmir, said Kashmiri society was very compassionate and there was full religious freedom for minorities in Azad Kashmir.
“Unlike Pakistan, which was created in the name of Islam, India was created in the name of secularism. However, the BJP government has unleashed a reign of terror towards Indian Muslims, Christians, Sikhs and Dalits,” he charged, referring to the ruling Bharatiya Janata Party.
A large number of Hindus, he alleged, were being brought to Kashmir to change its demography.
Bishop Azad Marshall, president of the National Council of Churches of Pakistan, said the country’s Christian community valued guaranteed religious freedom and equal treatment by the government.
“We are included in the flag of Pakistan, and my brethren have died for Pakistan and we fought for Pakistan. We can set a new model of harmony, coexistence and prosperity of minorities in Pakistan,” he said, referring to the white color in the Pakistani flag which represents the country’s minorities.
Muslim-majority Kashmir is held by India and Pakistan in parts and claimed by both in full. A small sliver of Kashmir is also held by China.
Since they were partitioned in 1947, the two countries have fought three wars — in 1948, 1965 and 1971 — two of them over Kashmir.
Some Kashmiri groups in Jammu and Kashmir have been fighting against Indian rule for independence or unification with neighboring Pakistan.
According to several human rights organizations, thousands of people have reportedly been killed in the conflict in the region since 1989.