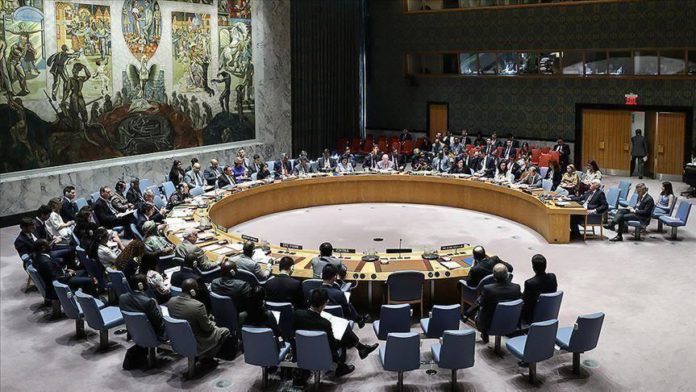 “This is a mark of solidarity of the international community, and Council members with people of #IIOJK [Indian illegally occupied Jammu and Kashmir] subjected to a savage military siege,” Foreign Minister Shah Mehmood Qureshi said in a series of tweets. “Pakistan is thankful to all members of the UN Security Council, especially China, for the support in organizing today’s meeting on IIOJK.”

The informal meeting by the UNSC followed the first anniversary of India’s controversial move to scrap semi-autonomous status of Jammu and Kashmir.

“This 3rd meeting in a year by the UN Security Council serves as a stark repudiation to the Indian claim that Jammu and Kashmir is an internal matter and further reaffirms the validity of UN resolutions on the Kashmiri’s right to self determination through an impartial plebiscite,” said Qureshi.

India’s illegal, and unilateral actions, he said, sought to change globally recognized disputed status and alter the demography of the disputed valley.

India’s “gross human rights violations and crimes against humanity in IIOJK” remain a grave concern for the international community, he added.

On Aug. 5, 2019, the Indian government revoked Article 370 and other related provisions from its Constitution, scrapping the state with its autonomy. It was also split into two federally administered territories.

Simultaneously, it locked down the region, detained thousands of residents, imposed movement restrictions and enforced a communications blackout.