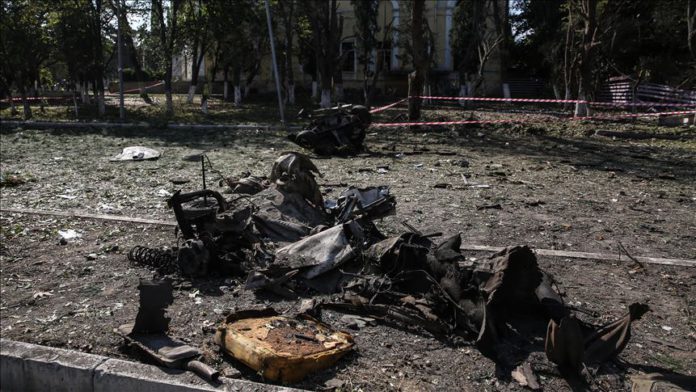 Pakistan on Saturday welcomed the ceasefire between Azerbaijan and Armenia after two weeks of fighting over occupied Upper Karabakh.

“The recently announced cease-fire between Azerbaijan and Armenia is a positive development for peace and stability. We hope that the humanitarian conditions agreed upon by the parties will be honored,” said a statement from the Foreign Ministry.

“Pakistan believes that sustainable peace between the two parties depends on the complete and comprehensive implementation of the UN Security Council resolutions and withdrawal of Armenian forces from Azerbaijani territories,” the statement added.

In this endeavor, Pakistan will continue to stand by the brotherly nation of Azerbaijan, it reiterated.

The truce has entered into force at 0800GMT on Saturday to allow an exchange of prisoners and the recovery of dead bodies in Nagorno-Karabakh.

The International Committee of Red Cross will act as an intermediary in the humanitarian operation as part of the cease-fire and talks will begin between the two nations, Russian Foreign Minister Sergey Lavrov said at a news conference following 10-hour talks in Moscow, which hosted the trilateral meeting of Russian, Azerbaijani and Armenian foreign minister on Friday.

Many world powers, including France, Russia and the US, have urged an immediate cease-fire. Turkey, meanwhile, has supported Baku’s right to self-defense and demanded the withdrawal of Armenia’s occupying forces.

Four UN resolutions, as well as international organizations, demand the withdrawal of the invading forces.