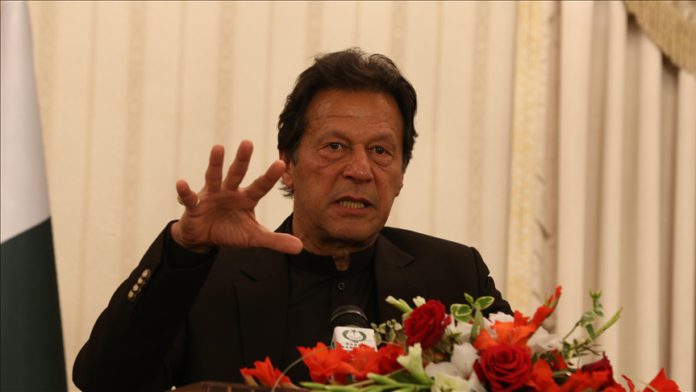 Pakistan vowed Wednesday to counter a propaganda and disinformation campaign being waged by Indian media against Islamabad.

The decision was taken at a high-level meeting chaired by Prime Minister Imran Khan at his office in Islamabad, according to a statement issued from the premier’s office.

The prime minister was briefed on Indian media propaganda and the dissemination of false information against Pakistan, according to the statement.

Khan was referring to August last year when India abrogated Article 370 and Article 35A of its constitution which granted the Muslim-majority region of Kashmir special autonomy and prevented outsiders from buying property or taking government employment.

Khan ordered the relevant authorities to counter Indian media propaganda and defeat it with real information.

“Expose the real face of India before the nation and world community,” he said

Earlier this month, EU DisinfoLab, a Brussels-based disinformation watchdog, exposed an alleged global propaganda campaign against Pakistan in a report.

The report shed light on a 15-year campaign run by an Indian entity to “denigrate” Pakistan and Kashmir at international forums.

It said the operation focused on the EU and the UN and included over 750 fake local media outlets and more than 10 sham non-governmental organizations.

The fake NGOs were traced back to the New Delhi-based Srivastava Group, according to the report titled Indian Chronicles: deep dive into a 15-year operation targeting the EU and UN to serve Indian interests.

New Delhi has rejected the allegations, however, with its Ministry of External Affairs saying that India is “a responsible democracy [that] does not practice disinformation campaigns.”

Turkish stocks down at Friday's close