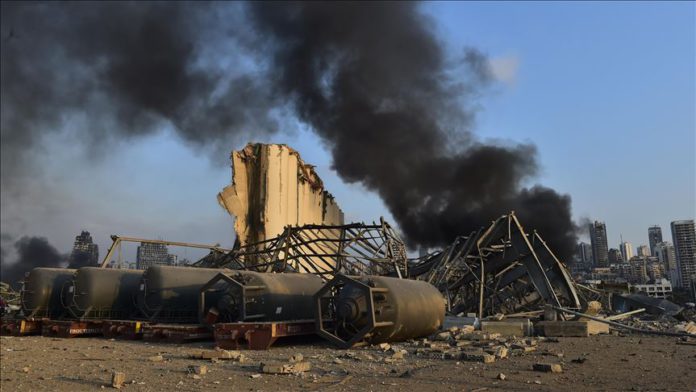 Pakistan’s prime minister on Wednesday expressed sorrow over loss of over 100 lives in a massive explosion that rocked the Lebanese capital Beirut.

“We stand in solidarity with our Lebanese brethren in their difficult hour, sharing their sorrow & grief. May Allah grant speedy recovery to the injured & strength to the bereaved,” he added.

On Tuesday, a fire at a warehouse containing explosives at the Port of Beirut led to the massive blast, which leveled a three-story building and was heard across the city and its suburbs.

At least 100 people were killed and more than 4,000 others wounded in the blast, Lebanese Heath Minister Hamad Hassan said on Wednesday.