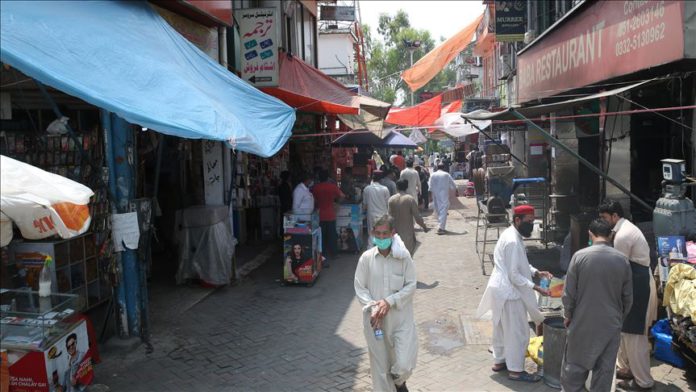 Over 1,200 new coronavirus cases have taken Pakistan’s overall count past 270,000, the Health Ministry said on Friday.

Pakistan, which recorded over 130,000 COVID-19 cases in June alone, has conducted more than 1.8 million tests so far.

According to the latest update, 1,209 more infections were recorded across the country over the past 24 hours, bringing the total to 270,400.

Infections and fatalities have gradually declined since June 19, with officials crediting the strategy of locality-based lockdowns in scores of hotspots across some 20 large cities.

However, Zafar Mirza, the country’s top health official, warned the “challenge is not over yet” as he called for caution on Eid al-Adha, the Muslim festival of sacrifice that will be celebrated next week.

“On June 9, 25% of the total tests were positive, which has come down to 5%. However, the challenge is not over yet. On Eid-ul-Adha, we all have to work twice as hard,” he said in a tweet earlier this week.

After India, Pakistan remains the worst-hit South Asian country in the COVID-19 pandemic, which has now claimed nearly 633,500 lives across 188 countries and regions.

More than 15.51 million infections have been reported worldwide, with recoveries exceeding 8.81 million, according to data compiled by the US’ Johns Hopkins University.

US authorities to monitor hanging deaths of 2 black men