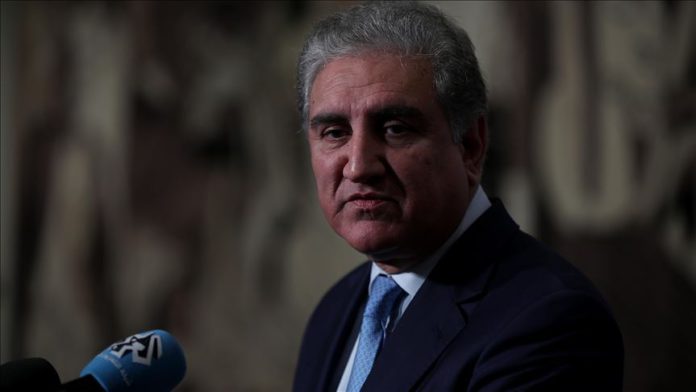 Pakistan on Wednesday urged the UN General Assembly to heighten efforts against a rising tide of Islamophobia across the globe.

Willful provocations and incitement to hate and violence had been classified by the UN as “universally outlawed,” noted Pakistani Foreign Minister Shah Mahmood Qureshi, speaking via video-link at a meeting of the Alliance of Civilizations, an initiative to build respect among people from different cultures and faiths.

Qureshi warned of a “global resurgence” of intolerance, discrimination, racism, hate speech and violence based on religious beliefs.

“Today, Islamophobia is unmistakable in the manifestos of far-right and neo-fascist parties that call for the expulsion of Muslims, in the politicization of the hijab, in cow vigilantism, in the burning of the Holy Quran; in the deliberate vandalizing of Islamic symbols and holy sites; and in attempts at incitement in the name of free speech through deliberately hurtful caricatures and competitions.”

The Alliance of Civilizations is a political initiative co-sponsored by Turkey and Spain after being founded in 2005 by then-UN Secretary-General Kofi Annan.

Praising Turkey and Spain for co-sponsoring the Alliance of Civilizations initiative and organizing the meeting, Qureshi said fears of the global novel coronavirus pandemic that served to stoke racism and stigmatization demonstrated how deep-rooted the problem of Islamophobia is.

“In many places, including in our own region, the pandemic has aggravated the suffering of people due to negative religious stereotyping,” he said.

“We Muslims live our religion. Understanding must be shown for the pain and anguish caused to Muslims when Islam and its prophet are insulted,” the top Pakistani diplomat said.

Urging member countries of the initiative to outlaw willful provocations and incitement to hate and violence, he requested that the UN General Assembly declare an “International Day to Combat Islamophobia” and build a “resilient coalition to end the scourge,” Qureshi demanded “Respecting each other’s religions and beliefs, not ridiculing them; constructive engagement and not estrangement. Let us work together for building a peaceful world where different civilizations and cultures co-exist in harmony and on the basis of mutual respect,” Qureshi added.

The Alliance of Civilizations initiative was founded to advance mutual respect for different cultures and religious beliefs, as well as to provide a platform for bridging divisions and overcoming prejudices.

Turkey: Hagia Sophia to be opened for everyone