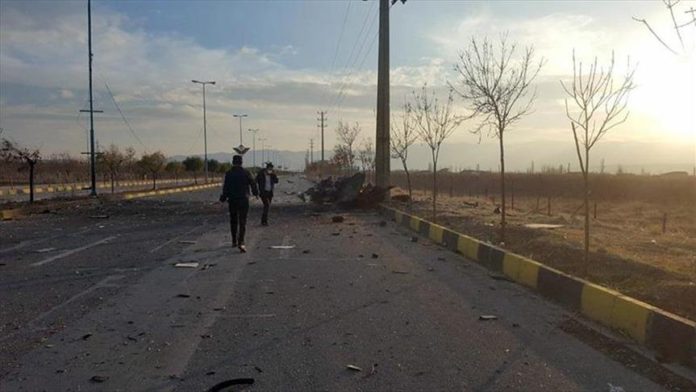 Pakistan on Thursday condemned the killing of Iran’s top nuclear scientist Mohsen Fakhrizadeh and called on all sides to exercise maximum restraint.

“We extend sincere condolences to the family members of Mr. Fakhrizadeh and to the Iranian people,” Zahid Hafeez Chaudhri, spokesperson for Pakistan’s Foreign Ministry, said at a weekly briefing.

He said Islamabad strongly urges “all sides to exercise maximum restraint and avoid further escalation of tensions in the region.”

Fakhrizadeh, who headed the research and innovation at Iran’s Defense Ministry, was killed on the outskirts of the capital Tehran on Nov. 27.

While military officials have unequivocally spoken of “hard revenge,” the government appears to have adopted “strategic patience,” asserting that the response will “not be on the field defined by the enemy.”

Fakhrizadeh, who had been under the protective shield of Iran’s security agencies for years, was accorded a state funeral and buried at a religious site in northern Tehran.

In 2011, a report by the UN nuclear watchdog identified him as a “key figure” in Iran’s nuclear program. He was the only Iranian official mentioned in the report.

In 2018, Israeli premier Benjamin Netanyahu singled him out during a presentation on Iran’s nuclear program, pictures of which have been widely shared online.

Fakrizadeh is the fifth prominent Iranian nuclear scientist to be killed since 2010, with Iran pointing the finger at Israel for all the attacks.

He is the second high-profile Iranian official to be assassinated this year, following the US airstrike that killed Gen. Qasem Soleimani in Baghdad in January.