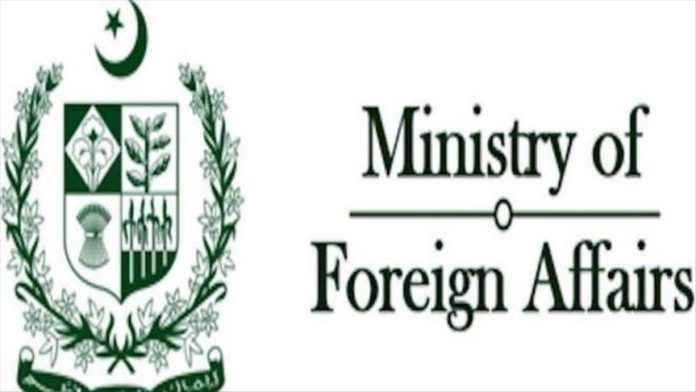 Pakistan on Tuesday “strongly” condemned the latest “extra-judicial” killings of three Kashmiris by the Indian forces in Srinagar last week, demanding their bodies should be handed over to the families for proper burial.

“The families and neighbors of the martyred Kashmiris — Aijaz Maqbool Ganie, Zubair Ahmed Lone, and Athar Mushtaq Wani (aged 16 and student of Class-11) — have affirmed that the young boys were innocent, who visited Srinagar on the fateful day and became victims of Indian state-terrorism,” read a statement by the Foreign Ministry.

It is “doubly inhuman” that the bodies of the three martyrs are not handed over to their families despite repeated appeals, it also said.

Indian forces killed three young men in Srinagar, the capital of disputed Jammu and Kashmir, in an alleged gunfight on Dec. 29, dubbing them “militants”. Their families, however, disputed the Indian army claims, saying the deceased were “innocent.”

The families also staged a demonstration in Srinagar on Monday, demanding the bodies of their relatives which are still in possession of Indian authorities.

This is a new form of “oppression that the Indian occupation forces are now resorting to in order to break the will of the Kashmiri people,” the statement asserted.

Last July, another three young men were killed in a fake military operation in Indian-administered Kashmir, with authorities initially claiming that they were militants.

After two months of protests by their families, who said the victims were laborers with no connection to any militant outfits, the Indian army admitted its wrongdoing in September.

Pakistan said it has consistently emphasized that the “gross and systematic” violations of human rights being perpetrated by the Indian forces warrant an investigation by a UN commission of inquiry, as recommended by the Office of the UN High Commissioner for Human Rights in its Kashmir reports of 2018 and 2019.

Islamabad reiterated its call for an independent inquiry under international scrutiny to investigate the “extra-judicial killings” of Kashmiris by Indian forces and to bring the perpetrators of these heinous crimes to justice.