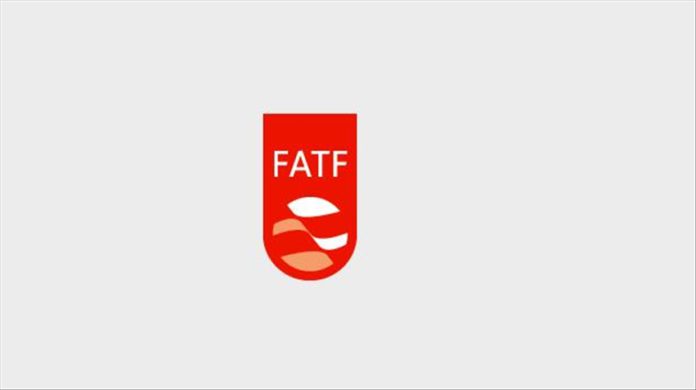 The Financial Action Task Force (FATF), a global money laundering watchdog, said Thursday it is keeping Pakistan on its watchlist until June this year.

The decision — a disappointment to Islamabad — was announced after a three-day virtual meeting of the 36-nation watchdog in Paris.

The South Asian nuclear nation has since thrice escaped being placed on the watchdog’s financial crime blacklist with the support of Turkey, China and Malaysia.

In recent years, Islamabad has taken some major steps as part of the plan, under which the country will allow no foreign currency transactions without a national tax number and ban currency changes of up to $500 in the open currency market without the sides submitting a copy of their identification documents.

In addition, Pakistan has also proscribed several militant groups and seized their assets, including Jamaat ud Dawah and Jaish-e-Mohammad (JeM) — the groups blamed for several terrorist attacks such as the 2009 deadly Mumbai attacks, killing over 150 people.

Hafiz Mohammad Saeed, the chief of the Jamaat ud Dawah, and other group leaders have been convicted in several terror-financing cases during the last one year — a development widely seen as an attempt to woo the FATF members.

Reacting to the decision, Pakistan’s Minister for Industries Hammad Azhar, who led his country’s delegation in the FATF, said Islamabad has completed almost 90% of its current FATF action plan with 24 out of 27 items rated as “largely addressed” and remaining three items “partially addressed”.

“FATF has acknowledged Pakistan’s high level political commitment since 2018 that led to significant progress,” he said in a series of tweets.

Azhar added: “It was also noted by the FATF member countries that Pakistan is subject to perhaps the most challenging and comprehensive action plan ever given to any country.”

“Pakistan remains committed to complying with both FATF evaluation processes and I would like to commend the hard work done by dedicated teams in multiple government departments at federal and provincial tiers,” he concluded.

Earlier, speaking at virtual launch of the final report of the High-Level Panel on International Financial Accountability, Transparency and Integrity for Achieving the 2030 Development Agenda on Thursday, Prime Minister Imran Khan said the international organizations dealing with tax matters and illicit financing should not be used as an “instrument of pressure against the developing countries.”

US weekly jobless claims rise to 1.4M amid virus surge