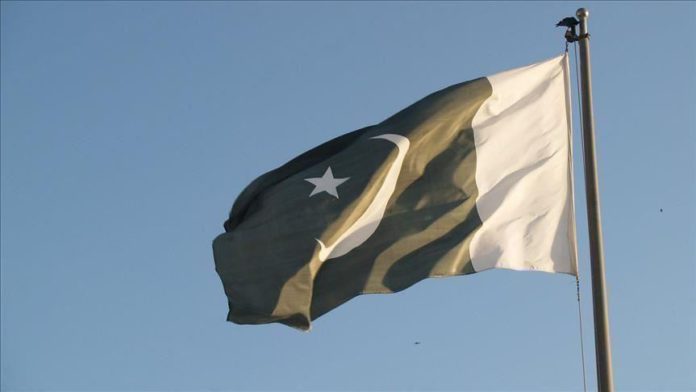 Pakistan will host the World Tourism Forum next year to tout the country’s tourism potential around the globe, especially among the countries of the D-8 (developing 8) bloc.

Addressing a press conference in the capital Islamabad on Sunday, Syed Zulfikar Bukhari, the prime minister’s adviser on tourism and overseas Pakistanis, said the tourism ministers of all the D-8 member states, including Turkey, willl also participate in the forum in Islamabad.

The event had been scheduled for this year but was delayed until next year due to the coronavirus pandemic. Over 1,000 foreign visitors will attend the five-day event.

“Pakistan has a huge tourism potential that we want to introduce to the world, especially the Muslim world,” Bukhari said, adding: “We are inviting the tourism ministers of D-8 countries, including Turkey, to learn from their experience promoting tourism.”

The World Tourism Forum is an organization based in Istanbul, Turkey dedicated to developing tourism around the world with its annual meetings.

Pakistan, Bukhari added, had drawn up a five-year action plan to boost its tourism, badly hit by years of terrorism in the country following events related to the 9/11 terrorist attacks in the US.

Islamabad, he added, will launch a tourism e-portal by the end of this year to better attract foreign and local tourists.

From the snow-capped peaks in the north and glistening waters in the south, together with limitless opportunities to watch wildlife, sail in the mighty Indus river, and deep-sea diving in the Arabian Sea, Pakistan has a great deal to attract tourists.

The northern Gilgit-Baltistan region, which borders neighboring China, is home to six peaks of over 8,000 meters (26,246 feet) tall, including the world’s second-tallest peak, K2.

The region also boasts over 5,000 large and small glaciers and more than 100 lakes, which jointly make up the world’s largest freshwater reservoir.

Eco-lovers can also witness the endangered snow leopard and brown bear, in addition to 300 species of wildlife in the breathtaking region.

Pakistan is situated in a region that for centuries has been home to three major world faiths – Hinduism, Buddhism, and Sikhism.

The South Asian Muslim state hosts scores of revered pilgrimage sites – dating back 5,000 years – for not only the followers of the three religions but also from some prehistoric traditions such as the Aryan religion, Barhaman religion, and ancient Iranian and Greek religions.

The northwestern Khyber Pakhtunkhawa province – once a poster child for terrorism and suicide bombings – is home to 70% of the sites in the country sacred to Sikhs and Buddhists.

Punjab, the country’s most populous province, and the southern Sindh province also host several sites linked to the three faiths.

Once known as the heart of the Gandhara civilization, Takhtbai or Takht-i-Bhai ( throne of origins) – a small scenic town located some 160 kilometers (99 miles) from Islamabad – is the most-visited site by the Buddhists, who flock to see an ancient monastery dating back to the 1st century.

Northeastern Punjab is home to five most important pilgrimage sites for Sikhs. They include the birthplace of Baba Guru Nanak, the founder of the Sikh religion who was born in 1469 in the Nankana Saheb district, and the Gurdwara (monastery) Punja Sahib in the town of Hasan Abdal, where the handprint of Guru Nanak is believed to be imprinted on a boulder at the monastery.

The two sites are visited by thousands of Sikhs every year from neighboring India, Europe, and America.

The Katas Raj temple in the northeastern Chakwal district and Sadhu Bela temple in the southern Sukkur district are the two most-visited religious sites by Hindus from across the world. 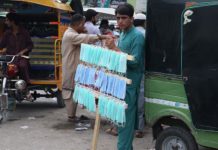 June 22, 2020
We use cookies to ensure that we give you the best experience on our website. If you continue to use this site we will assume that you are happy with it.Ok