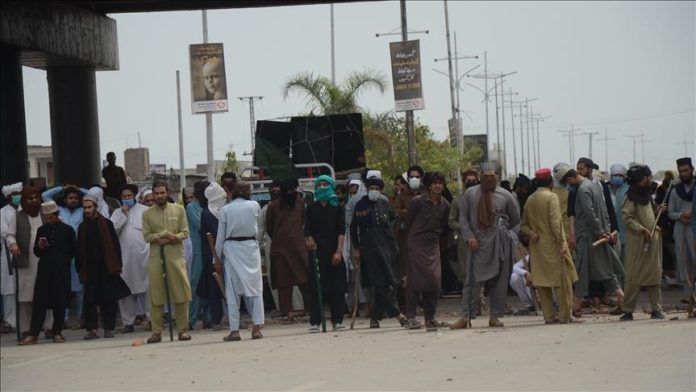 Pakistan on Wednesday said it will ban the Tehreek-e-Labbaik Pakistan (TLP), a far-right religious group that has been staging violent protests in major Pakistani cities for the past three days.

The religious group is demanding the expulsion of the French ambassador over offensive cartoons of Islam’s Prophet Muhammad published in France last year.

“The TLP has resorted to violence. They attacked policemen and blocked roads and highways … we have decided to ban this party,” Interior Minister Sheikh Rashid Ahmed told a news conference in the capital Islamabad.

“We cannot do what they want. It will present Pakistan as a country of extremists in the world.”

The government action comes two days after the arrest of Saad Rizvi, head of the TLP, sparked protests by his supporters.

At least four people, including two policemen, were killed and hundreds injured in pitched battles between the security forces and the protesters across Pakistan.

Last November, the group called off its protest after reaching an agreement with the government to involve the parliament in meeting its demands.

The minister said the government was ready to negotiate with the protesters to find out a middle way but “they took an extreme position and it was not possible to meet their demand.”

“We cannot afford that … I ask the TLP leaders and supporters to surrender. You cannot fight the state,” he said.

Protests had broken out in several Muslim countries over France’s response to the murder in October last year of a teacher who showed cartoons of Prophet Muhammad in class.

French President Emmanuel Macron said at the time that France would “not give up our cartoons” while accusing French Muslims of “separatism” and describing Islam as “a religion in crisis.”