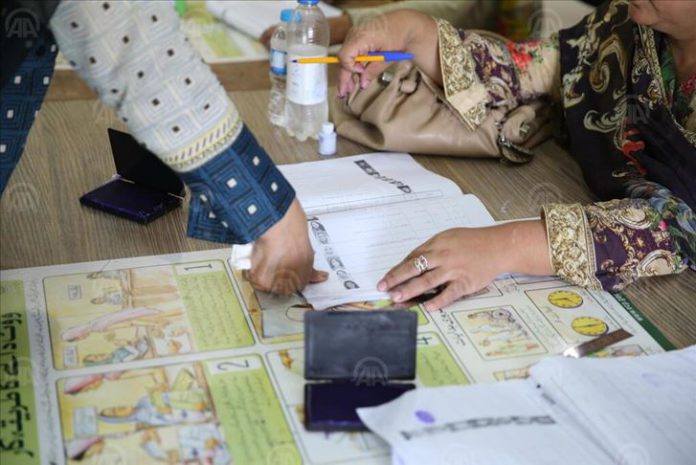 Polls opened Sunday in the northern Gilgit-Baltistan region to elect a new government for the next five years.

Footage on local media showed long lines of voters outside polling stations in Gilgit, Skurdu and other regional towns despite coronavirus warnings. Police and paramilitary troops patrolled to maintain law and order.

About 700,000 voters will cast ballots for 23 of 24 seats up for grabs in the region’s Legislative Assembly, according to election authorities.

Voting for one seat has been postponed after the death of a candidate.

Gilgit-Baltistan is a strategic area for Pakistan, touching China and serving as a key route for the multibillion-dollar China Pakistan Economic Corridor.

The main contenders are the Pakistan Tehreek-e-Insaf (PTI), in power since 2018; center-left Pakistan Peoples Party (PPP) and center-right Pakistan Muslim League – Nawaz (PML-N), which won the 2015 elections in the region.

A total of 330 candidates are competing in the polls, which are the third since the scenic region was granted the right to elect its own assembly in 2009.

The first two elections were won by the PPP and the PML-N, respectively.

Recent surveys project a close race between the PTI and the PPP, with the PML-N and independent candidates lagging behind.

The PTI, led by Prime Minister Imran Khan, has an edge against its rivals, since voters have previously sided with the party that has been in power in Islamabad.

Opposition parties, mainly the PPP and the PML-N, have accused the government of pre-poll rigging, a charge denied by the ruling party.

Formerly known as the Northern Areas, Gilgit-Baltistan is located at the confluence of the world’s greatest mountain ranges – the Karakoram, the Himalayas, the Hindu Kush and the Pamir.

Before the end of British colonial rule and the creation of Pakistan and India in 1947, the region was part of the state of Jammu and Kashmir.

Rich in history, culture and natural beauty, the area, which also remained a center of rivalries between Russian, British, and Chinese empires, has been a cynsure for trekkers and adventure tourists for centuries.