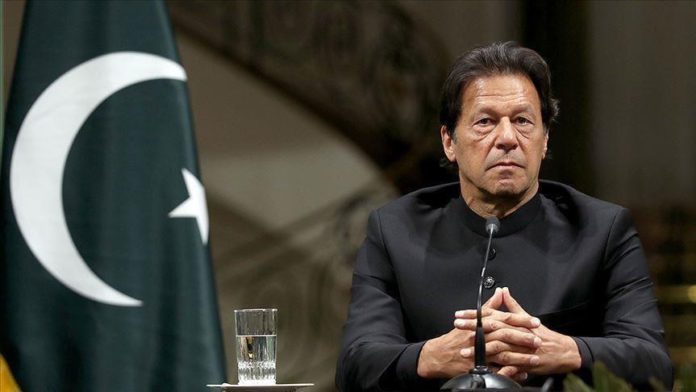 The Pakistani prime minister on Tuesday thanked longtime ally China for its “consistent” and “principled” stand on the longstanding Kashmir dispute, officials said.

During a meeting with Chinese Defense Minister Gen. Wei Fenghe in the capital Islamabad, Imran Khan “deeply appreciated” China’s support on Jammu and Kashmir following India’s decision to strip the valley of its semi-autonomous status last August. It was also split into two federally administered territories.

The region is partly held by India and Pakistan but claimed by both in full.

As a months-long Sino-India standoff on the rugged Himalayan border continues, Beijing has time and again criticized New Delhi’s unilateral move in Kashmir.

Last month, its Foreign Ministry spokesman Lijian Zhou reiterated that the dispute should be resolved “properly and peacefully in accordance with the UN Charter, relevant Security Council resolutions and bilateral agreements.”

Gen. Wei is on a three-day visit to Pakistan along with a delegation, according to a statement by the prime minister’s office.

He acknowledged China’s “success” in dealing with the COVID-19 pandemic, and for “extending solidarity and material support” to Pakistan in managing the outbreak.

The novel virus originated in Wuhan, China last December. A series of strict restrictions, including lockdowns, however, helped the country contain its spread.

The infection, meanwhile, continues to wreak havoc in the US, Europe and beyond. Besides the economic fallout, it has claimed over 1.47 million lives in 191 countries and regions worldwide.

China has provided Pakistan with PPE, while talks are also underway to procure Chinese COVID-19 vaccines once approved.

Views were also exchanged on the China-Pakistan Economic Corridor, a flagship project of Beijing’s Belt and Road Initiative.

Fenghe conveyed his leadership’s commitment to further strengthen bilateral ties in a range of areas.

Underlining that South Asia and the Arabian Sea region needed peace, stability and economic development, he appreciated Pakistan’s efforts in advancing those goals.

Meanwhile, President Arif Alvi at a ceremony at the President House conferred on the minister Nishan-e-Imtiaz, a top state honor, in recognition of his “services for further promoting and strengthening defense cooperation” between the two countries.

*Waleed Tariq contributed to this report