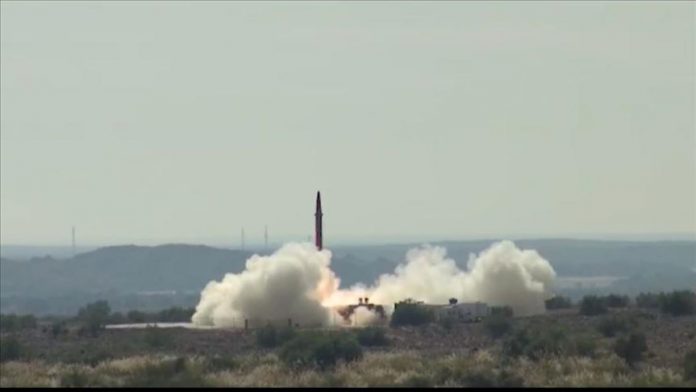 Pakistan on Monday carried out “successful” training launch of a ballistic missile, the army said, amid spiraling tensions with longtime rival India following the latter’s Kashmir move in August.

Surface-to-surface “Shaheen 1” — named after a falcon species, also symbol of country’s air force — is capable of delivering “all types of warheads” up to 650 kilometers (403 miles) range, Maj. Gen. Asif Ghafoor, a spokesman of Pakistan army, said on Twitter.

The military also issued a video of the training launch — the second one since August.

ANALYSIS – Syria: Is political solution viable 10 years into the...