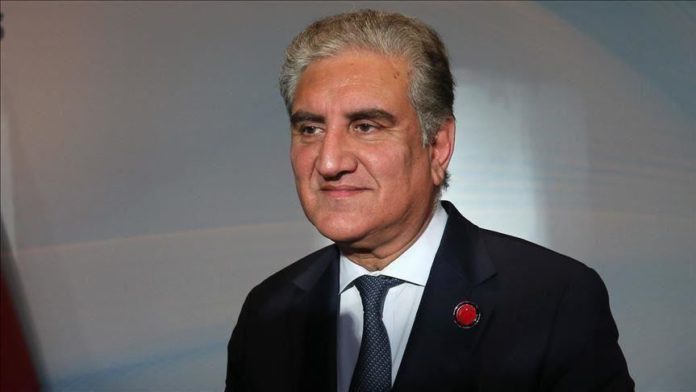 The Pakistan government and the Afghan Taliban are set to begin talks over the ongoing Afghanistan peace process, which aims to end an 18-year conflict in the war-torn country.

Hoping the fragile reconciliation process, which has been derailed time and again in the near past, would be a “success”, Qureshi said China was also supporting the process.

“Some elements are still there to spoil the peace process but I am sure they will not succeed,” he said without naming any group or individual, according to local broadcaster Geo News.

A delegation from the Afghan Taliban arrived Monday morning in Islamabad to discuss the peace process with the Pakistani leadership ahead of the expected intra-Afghan dialogue.

The development came days after the Afghan government released some 80 key Taliban figures to pave the way for direct peace talks. The move was part of a prisoner swap deal, following a landmark peace agreement between the US and Taliban in Qatar’s capital Doha in February this year.

In December 2018, Pakistan arranged rare direct talks between Washington and the Taliban, which led to the Doha peace deal.

Islamabad also facilitated the landmark first round of direct talks between the Afghan government and the Taliban in Islamabad in July 2015. That process broke down after the Taliban announced the death of their long-time leader Mullah Omar, triggering a bitter internal power struggle.

Accusing longtime rival India of being involved in widespread human rights abuses in New Delhi-controlled part of disputed Jammu and Kashmir, Qureshi claimed that Indian narrative of cross-border terrorism, which aims to malign the resistance movement of Kashmirirs, has “completely failed.”

“India has continuously been associating the Kashmirirs’ freedom struggle with cross-border terrorism but all the human rights groups, including International Crisis Group, declare that internal resistance,” he added.

Qureshi rejected India’s outburst over a joint communique issued after his recent meeting with his Chinese counterpart Wang Yi in Beijing, saying New Delhi’s claim about Jammu and Kashmir being “integral and inalienable part” of India and New Delhi’s “internal affair” had no credence.

Thanking Beijing for helping to bring the lingering Kashmir dispute thrice to the UN Security Council in a year, Qureshi said the two allies would collectively act to protect mutual strategic interests, promote peace, prosperity, and development in the region.

Chinese President Xi Jinping would soon visit Pakistan, which would be of “exceptional importance”, he said without giving a specific date for the Chinese premier’s trip. Beijing has long been Islamabad’s economic and defense partner.

The mega project, signed in 2015, aims to connect China’s strategically important northwestern Xinjiang province to Pakistan’s Gwadar port through a network of roads, railways, and pipelines to transport cargo, oil and gas.