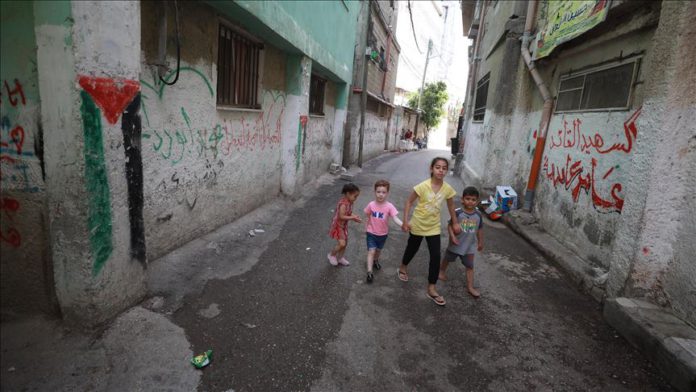 Pakistan strongly opposes any Israeli move to annex parts of the occupied West Bank, waning that such a move would threaten peace and security in the region, say Pakistani officials.

During a weekly briefing late Thursday, Pakistan Foreign Ministry spokeswoman Aisha Farooqui said any annexation of the occupied Palestinian territories would be a serious violation of international law and a dangerous escalation in an already volatile situation.

“The West Bank and Jordan Valley are Palestinian territories, illegally occupied by Israel since 1967,” she said.

“Pakistan supports the position adopted by the UN and OIC [Organization of Islamic Cooperation] on the issue of Palestine and calls on the international community to uphold and support the rights of the Palestinians.”

She reiterated her country’s support for a two-state solution of the Palestinian issue under the relevant UN Security Council and General Assembly resolutions.

“Pakistan renews its call for establishment of a viable, independent and contiguous state of Palestine, on the basis of internationally-agreed parameters, the pre-1967 borders, and with Al-Quds Al-Sharif as its capital,” Farooqui added, referring to Jerusalem.

Pointing to the similarity between the Palestine issue and the disputed Kashmir region, she said in both cases occupying forces violate human rights, alter the demographic structure, and pose a threat to peace and security.

Kashmir, a Muslim-majority Himalayan region, is held by India and Pakistan in parts and claimed both in full. A small sliver of Kashmir is also held by China. Since they were partitioned in 1947, India and Pakistan have fought three wars – in 1948, 1965 and 1971 – two of them over Kashmir.

“Both these situations are worsening and call for urgent attention of the international community,’ she added.

Israel is expected to carry out West Bank annexation on July 1, as agreed to between Prime Minister Benjamin Netanyahu and Blue and White party head Benny Gantz.

US President Donald Trump’s so-called “deal of the century” plan, announced on Jan. 28, refers to Jerusalem as “Israel’s undivided capital” and recognizes Israeli sovereignty over large parts of the West Bank.

Palestinian officials say that under the US plan, Israel would annex 30-40% of the West Bank, including all of East Jerusalem, seen as the capital of a future Palestinian state.