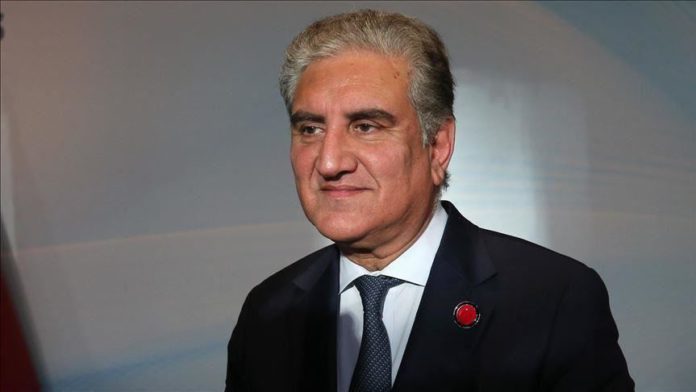 Pakistan on Wednesday threw its weight behind longtime ally Beijing on India-China face-off in the Ladakh area of disputed Jammu and Kashmir.

“China tried its best to resolve the [border] issue amicably, and through talks. But India did not take it with the same spirit, and continued constructions in the disputed region, which led to a bloody clash,” Pakistan’s Foreign Minister Shah Mahmood Qureshi said in a statement.

A total of 20 Indian soldiers died on Tuesday as a result of border clashes with Chinese troops in Ladakh of the disputed Jammu and Kashmir region — the first deadly clash between the two border forces since 1975.

The incident also added to the growing criticism over the foreign policy of India’s nationalist Prime Minister Narendra Modi, who is already under fire for rising border tensions with neighboring Nepal, and displeasure of Bangladesh over controversial Citizenship Law.

“This is an extraordinary situation, which has been seen in the form of a bloody clash after several decades. This clearly is the result of India’s Hindutva ideology,” Qureshi asserted.

Supporting Beijing’s “principled” stand on the border dispute with India, he said: “The 3,500-kilometer [2,174-mile] border of Ladakh and Tibet is a disputed region. If India thinks it can devour this area, then perhaps, it would not be acceptable to China.”

“Whenever India follows this [Hindutva] ideology, and shows this (kind of) stubbornness, situation in the region will deteriorate,” he added.

Referring to India’s scrapping of the decades-long special status of the disputed Jammu and Kashmir valley last August, the foreign minister noted that China and Pakistan had rejected New Delhi’s controversial move, but “India, instead of showing a moderate approach, is toeing the policy of extremism.”

Accusing New Delhi of “continuously” rejecting Islamabad’s talks offer, Qureshi said: “Pakistan is a peace-loving country. But if India thinks Pakistan can be cowed down by its aggressive approach, (then) it will be a misunderstanding.”