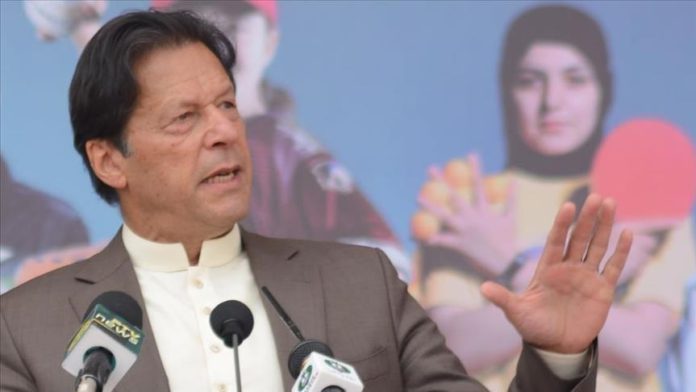 The Pakistani and Sri Lankan leaderships have discussed ways to enhance their “broad-based” partnership, including peace, trade, and connectivity.

Pakistan’s Prime Minister Imran Khan arrived in the Sri Lankan capital Colombo on Tuesday for his first visit to the island nation since taking office in 2018. He met his Sri Lankan counterpart Mahinda Rajapaksa at the Temple Trees, the prime minister’s house.

“​The two leaders held wide-ranging discussions with a focus on reinforcing a broad-based and enduring partnership between Pakistan and Sri Lanka to advance the shared objectives of peace, stability, and economic prosperity in South Asia,” Pakistan’s Foreign Ministry said in a statement.

They acknowledged the potential for collaboration in the areas of trade and investment, IT and human resource development, agriculture and science and technology, security and defense cooperation, and culture and tourism.

Appreciating the rich Buddhist heritage of Pakistan and the existence of a great potential for religious tourism, it was agreed to enhance mutual collaboration including through sharing expertise in the hospitality industry, training, and capacity-building.​

Khan underscored Islamabad’s “commitment” to peace and stability in the region, including Afghanistan.

“Pakistan is part of the One Belt and Road initiative of China, and CPEC [China–Pakistan Economic Corridor] is one of its flagship programs. And it means connectivity,” he said.

CPEC, he added, would help enhance Sri Lanka’s connectivity “right up to Central Asia,” while trade ties would bring Pakistan and Sri Lanka “closer together.”

In the context of the COVID-19 pandemic, he said the developed world should not be insular and must help the developing world, including in debt relief. “The poor have suffered everywhere, but the poor countries have suffered the most.”

The one-on-one meeting was followed by delegation-level talks between the two sides. The premiers also witnessed the signing ceremony of MoUs on cooperation in the fields of tourism, investment, education, and technology.

In his address, he said wealth creation needs stability, and the only way forward for the subcontinent is to resolve existing issues through dialogue.

“When I came into power, I approached our neighbor India and explained to Prime Minister Narendra Modi that the way forward for sub-continent is to resolve our differences through dialogue,” he said.

Sri Lanka is home to nearly 22 million people, about 10% of whom are Muslims. Earlier this month, Premier Mahinda announced that the country would be stopping the forced cremation of people who have died from coronavirus. The move was lauded by Khan.