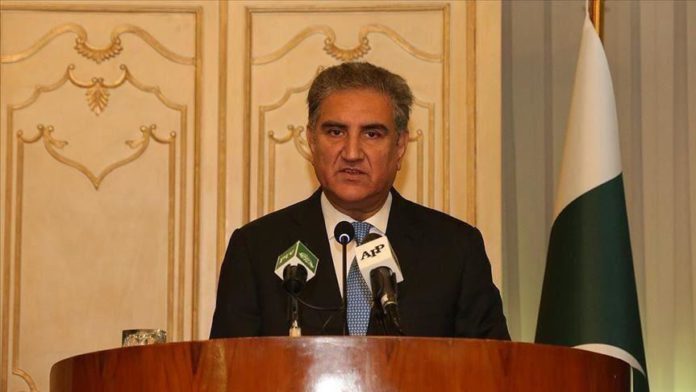 In a statement, Shah Mahmood Qureshi said New Delhi had compelled the human rights group to halt its operations after it exposed India’s atrocities against minorities.

“Amnesty International is facing the current illegal actions of Indian government after the organization’s reports uncovered Indian forces’ atrocities in Indian Illegally Occupied Jammu & Kashmir [IIOJ&K] and exposed the secret hands behind the recent riots against Muslims in New Delhi,” he said.

On Tuesday, Amnesty International announced it would halt its operations in India, alleging that authorities had launched a “witch hunt” against them.

The group added that its bank accounts were frozen by the Indian government.

“Today the real Indian face has been exposed and all human rights organizations across the world should raise their voice against this illegal action of the Indian government,” Qureshi said.

He also expressed concern over the current situation in Indian-administered Kashmir and said the world should stop the genocide of innocent Kashmiris.

“India is trying to hide its forces’ atrocities in Indian Illegally Occupied Jammu and Kashmir and other parts of the country against Muslims and other minorities,” Qureshi said, adding the world must act to stop New Delhi’s human rights violations.

According to several human rights groups, thousands have been killed and tortured in the conflict that flared up in 1989.

In August 2019, India scrapped the special provisions of the state of Jammu and Kashmir, downgraded and dividing the majority-Muslim region.