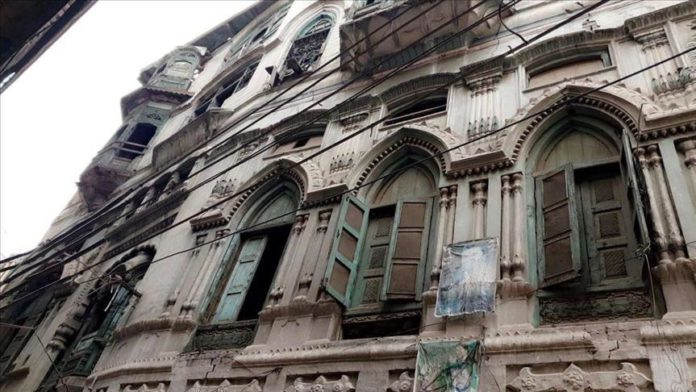 The Pakistani government plans to buy and restore the ancestral home of Indian legendary actor Dilip Kumar in the northwestern Peshawar city.

Kamran Bangash, the information minister of Khyber Pkahtunkhwa (KP) province, for which Peshawar is the capital, told reporters that the government had decided to buy and restore the ancestral home of the Bollywood legend located in the city’s old town.

The government, Bangash said, had banned the sale and purchase of the homes of Kumar and several other legends of Indian cinema.

Widely known as the city of flowers, Peshawar, which borders neighboring Afghanistan, was once home to many legends of Indian cinema.

The city owns ancestral homes of pioneers of the Indian film industry Bollywood such as Raj Kapoor and Dilip Kumar, and even the prolific Shah Rukh Khan.

Kumar, 97, was born and raised in Peshawar’s historic Qissakhuwani Bazaar or Street of Storytellers. Years before the partition of united India in 1947, Kumar moved to Mumbai (then Bombay) to become an icon of Indian cinema.

The properties that once shone above the Peshawar skyline are now in a dilapidated state.

The century-old ruined townhouse is currently in the hands of a private owner who has already caused much damage to the historic mansion.

Abdul Samad, the KP director of archeology and museums, said the government had averted further damage to the house caused by the owner.

“Sometime ago, the owner had started to have it [house] demolished to construct a shopping mall. The government immediately stopped the demolition process but much damage was already done,” Samad told Anadolu Agency.

“Now, the government has decided to buy and restore this historic mansion. We are getting its price evaluated,” he added.

In the first phase, he said, the building would be restored to its original condition, and in the second phase, it would be used as a museum.

The government, he went on to say, is also going to buy and conserve the ancestral home of another Bollywood legend, Raj Kapoor, locally known as “Kapoor Haveli.”

The Haveli, situated in Androon Shehar or downtown, was completed in 1922 by Dewan Basheswarnath Kapoor, father of Prithviraj Kapoor, the first member of the family to enter the film industry in 1928.

One generation of the Kapoor family was born here. After partition, the family shifted to India, and despite several attempts until his death in 1988, Raj Kapoor never returned to his parental home.