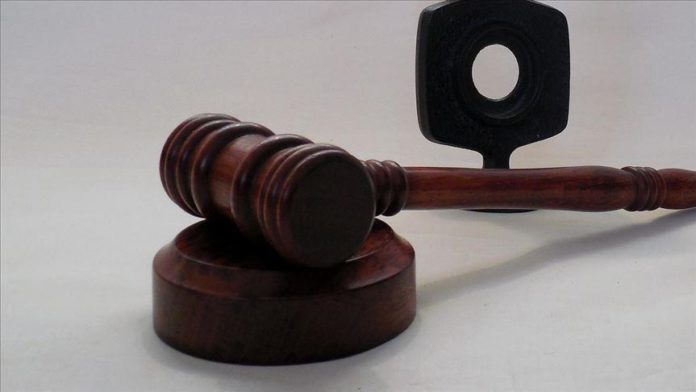 A Pakistani court on Friday sentenced a key leader of the banned outfit Jamaat ud Dawah (JuD) to 15 years in jail in terror financing cases.

According to a statement issued by the Counter-Terrorism Department (CTD) of Pakistan’s Punjab province, Zakiur Rehman Lakhvi was convicted for commission of offenses of terrorism financing in a case registered by the CTD Punjab.

In default of payment of fine, Lakhvi will have to undergo an imprisonment of six months each on the three counts.

The JuD leader has been sent to prison to serve the sentence.

Lakhvi was arrested by the CTD last Friday from the northeastern city of Lahore in connection with running a medical dispensary to collect funds for terrorism financing and personal expenses.

Lakhvi, an UN-designated individual, is accused of several terrorist attacks such as the 2008 Mumbai attacks that killed over 166 people, including six US citizens.

India also accused him as a key leader of the proscribed Lashkar-e-Taiba (LeT) militant group and mastermind behind the Mumbai attacks. However, neither India nor Pakistan has proved these charges in a Pakistani court.

Both Pakistan and the US have already proscribed the JuD and seized its assets.

In July last year, the Pakistan government took JuD’s chief Hafiz Muhammad Saeed into custody — a couple of weeks after authorities booked him together with several other leaders of banned militant outfits — for terror financing in a desperate bid to avoid being placed on a blacklist of the Financial Action Task Force.

Also, authorities have seized several religious seminaries and schools tied to these groups across the country.

Later in November, a local anti-terrorism court in Lahore convicted him in terror financing charges and sentenced him to five-and-a-half years in prison.

Islamabad has been on the global money-laundering watchdog’s radar since June 2018, when it was placed on the gray list for terror financing and money laundering risks after an assessment of the country’s financial system and security mechanism.

However, an aggressive diplomatic push from Islamabad temporarily frustrated the looming threat with the support of Turkey, China, and Malaysia.

Panic as over 150 crocodiles on loose in South Africa