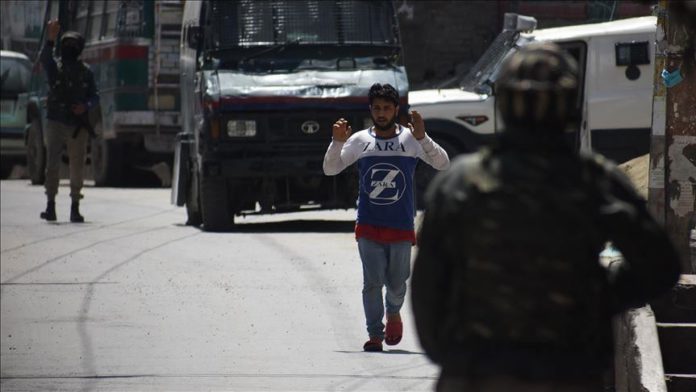 Pakistan urged the UN on Saturday to play a role in preventing mounting tensions in South Asia and a facilitate peaceful resolution to the lingering Kashmir dispute.

In a letter to UN Security Council President Amr Abdellatif Aboulatta and UN Secretary General Antonio Guterres, Foreign Minister Shah Mehmood Qureshi briefed the man “in detail on the worsening situation in the Occupied Kashmir as well as regional peace and security,” according to state-run Radio Pakistan.

He drew the international community’s attention to the recent Jammu and Kashmir Reorganization Order 2020 and Jammu and Kashmir Grant of Domicile Certificate Rules 2020, which he said was aimed at changing the demographic structure of the disputed valley.

Terming the actions “illegal” and in violation of UN Security Council resolutions and international laws, in particular the 4th Geneva Convention, Qureshi highlighted “India’s opportunistic exploitation of the ongoing COVID-19 pandemic to further intensify its military crackdown in Occupied Kashmir.”

Already heightened tensions between the two nations plummeted to a new low after New Delhi scrapped the longstanding special status of the disputed Jammu and Kashmir region last August following an air combat between the two air forces in February 2019.

Since then, border forces have been engaged in almost daily clashes along the Line of Control (LoC), a de facto border that splits the scenic Kashmir valley between the two rivals.

Expressing serious concerns about India’s “state-terrorism” in the Himalayan valley, he rejected New Delhi’s efforts to “undermine Kashmiris’ indigenous struggle against illegal Indian occupation and their brutalization by terming it as terrorism.”

He conveyed his country’s concern about continued cease-fire violations along the LoC and the Working Boundary-eastern border- and deliberate targeting of innocent civilians by the Indian forces.

Rejecting the baseless Indian allegations of so-called “launch pads” of “infiltrators,” Qureshi reiterated Pakistan’s offer to the UN Military Observer Group in India and Pakistan to visit the alleged sites to confirm the veracity of unfounded Indian allegations.

Accusing India of creating a pretext for a “false flag” operation, about which Pakistan has long been forewarning the international community, Qureshi called for urging New Delhi to “refrain from committing serious crimes against Kashmiri people.”

Apart from Kashmir, the two countries have been locked in a string of sea-and-land disputes, amid several “successful” missile tests.