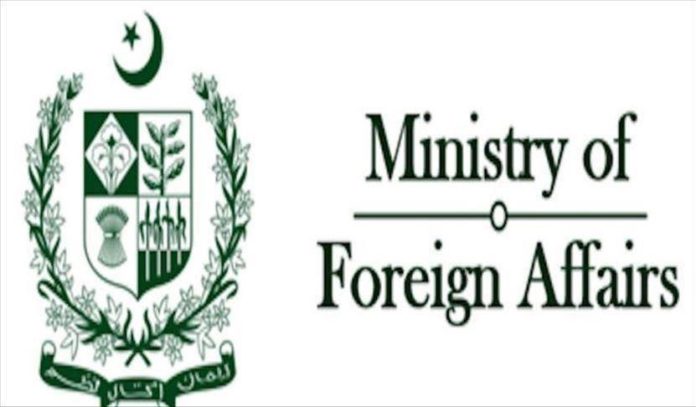 Pakistan on Monday rejected the Afghanistan government ‘s assertion that the Tehreek-i-Taliban Pakistan (TTP), a terrorist umbrella group, is not operating from the Afghan soil.

In a statement, the country’s Foreign Ministry said the assertions of the Afghan side are contrary to facts on the ground and various reports of the United Nations, which also corroborate the presence and activities of over 5000-strong TTP in Afghanistan.

“Over the last many years, the TTP has launched several gruesome terrorist attacks inside Pakistan, using the Afghan soil without any retribution from its hosts. The 12th Report of the UN Monitoring Team, issued in June 2021, acknowledges the TTP’s ‘distinctive anti-Pakistan objectives’ and notes its location within Afghanistan ‘near the border with Pakistan’,” said the ministry.

Pakistan’s reaction came after the Afghan Foreign Ministry on Sunday said the TTP is not operating from its soil.

“The Tehreek-i-Taliban Pakistan (TTP) is neither founded in Afghanistan nor operates on our soil. According to the national security policy of the Islamic Republic of Afghanistan, this movement along with other terrorist groups is recognized as the enemy of peace, stability and prosperity in Afghanistan and the region,” said Afghan Foreign Ministry in a statement.

However, Pakistan rejected the Afghan Foreign Ministry’s claim, saying the TTP has still presence in Afghanistan with impunity.

“The TTP following its orchestrated reunification with its splinter groups with the help of Hostile Intelligence Agencies (HIAs), its continued presence in Afghanistan with impunity and its cross-border attacks against Pakistan pose a persistent threat to our security and stability,” Pakistan said.

“Pakistan’s commitment to fighting terrorism in all its forms and manifestations, without any discrimination is unwavering and unambiguous.”

The ministry further added that Islamabad has continued to emphasize the need for a meaningful engagement with the Afghan side for addressing security and terrorism issues through the effective use of Afghanistan-Pakistan Action Plan for Peace and Solidarity (APAPPS).

“Pakistan has been making serious and sincere efforts for facilitating the intra-Afghan peace process for an inclusive political settlement. We hope that Afghans would seize this opportunity for achieving lasting peace and stability in Afghanistan,” the statement concluded.