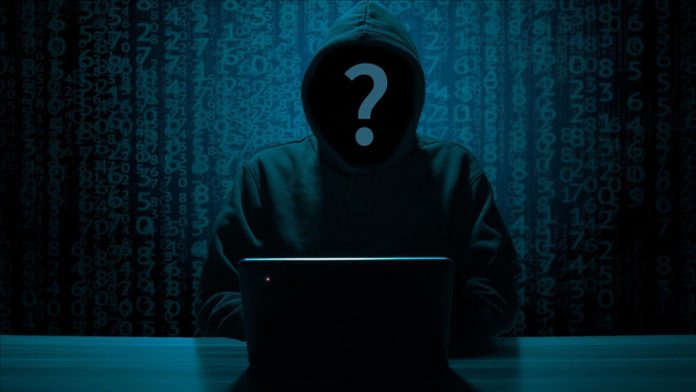 The Pakistani army on Wednesday said it is investigating reports of pro-India malware spying.

Talking to foreign media reporters at military headquarters in Rawalpindi, near the capital Islamabad, spokesman Maj. Gen. Babar Iftikhar said the military is investigating reports about malicious cyberattack “carried out by India,” without sharing any further details.

On Feb. 10, the US-based cybersecurity company Lookout reported that two malware programs on an Android-based platform that emerged in India have been spying on the Pakistani military.

In a statement, Lookout said it has discovered the malware Hornbill and SunBird used by a cyber group named Confucius that first appeared in 2013 as “a state-sponsored, pro-India actor primarily pursuing Pakistani and other South Asian targets.”

“Targets of these tools include personnel linked to Pakistan’s military, nuclear authorities, and Indian election officials in Kashmir,” the statement said.

“Hornbill and SunBird have sophisticated capabilities to exfiltrate SMS [short message service], encrypted messaging app content, and geolocation, among other types of sensitive information,” it added.

Iftikhar also accused the Indian intelligence agency of “helping Tehreek-e-Taliban Pakistan” (TTP), a terrorist umbrella group, and its affiliates based in Afghanistan.

“India is helping TTP groups based in Afghanistan … it united them, is funding and providing them with latest weapons, technologies against Pakistan,” Iftikhar said, adding: “India had tried to establish Daesh Pakistan terrorist group in the region to destabilize our country but it failed,” he added.

In a Feb. 3 report to the UN Security Council, the Analytical Support and Sanctions Monitoring Team also said the terror group carried out over 100 cross-border attacks from Afghanistan to Pakistan between July and October 2020.

Pakistan’s army spokesman said his country is optimistic about the fruitful results of ongoing peace talks between Taliban and Afghan government representatives in Doha.

Pakistan has used all its leverage to facilitate the peace process in Afghanistan, and the Pakistani efforts are acknowledged by the Kabul government, including the country’s political leaders, Iftikhar added.

“During the visits of Taliban and Afghan leaders to Pakistan, we have told all of them to seize this historic opportunity to establish lasting peace in Afghanistan through an inclusive, broad-based, and comprehensive political settlement.

“Pakistan army chief also told the US and Russian official, who recently visited Islamabad, that Pakistan would continue its support to Afghan peace process as we want lasting peace in our neighbor country,” Iftikhar noted.

The military spokesman said the fencing of Afghanistan and Iran border will be completed by the end of this year, adding: “Border fencing has reduced cross border attacks.”

Iftikhar, responding to a question about the arrest of Zainabiyoun Brigade members in Pakistan, said: “We have arrested some people who returned to the country.”

The Zainabiyoun Brigade, comprising Pakistani Shias, fought for the Assad regime in Syria.

– Tension on Line of Control

On the current situation along the Line of Control (LoC) — a de facto border that divides the disputed Kashmir valley between India and Pakistan — the military spokesman said tensions between the two South Asian nuclear powers still exist.

“Yes, there is a lot of tension at the LoC between the two nuclear countries especially after Aug. 5, 2019,” Iftikhar said.

He was referring to Aug. 5, 2019 Indian actions when New Delhi stripped Jammu and Kashmir of its autonomous status. It was split into two federally administered territories.

Kashmir is held by India and Pakistan in parts but claimed by both in full. A small sliver of the region is also under Chinese control.

Since they were partitioned in 1947, the two countries have fought three wars, two of them over Kashmir.

Some Kashmiri groups have been fighting against the Indian rule for independence, or unification with neighboring Pakistan.

Luc Montagnier, co-discoverer of HIV virus, passes away at 89