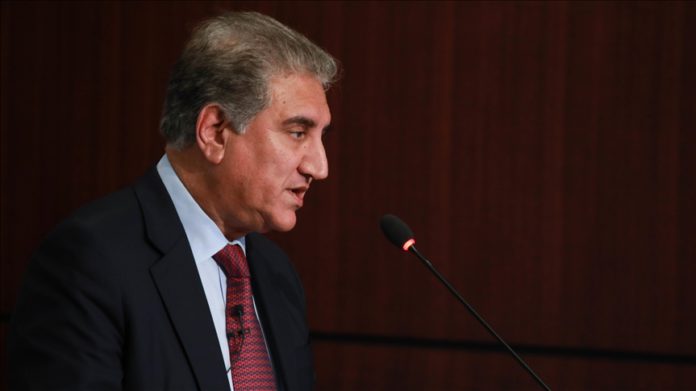 Pakistan on Friday said “power-sharing” among the Afghan factions is the best way to avert a civil war in the war-torn country, state-run media said.

Briefing the Senate Standing Committee on Foreign Affairs, Foreign Minister Shah Mahmood Qureshi said his country did not want to see a civil war in its neighboring country.

Expressing concern over the chances of a civil war after the pullout of military forces from Afghanistan, Qureshi said Pakistan did not want such a scenario to repeat, Associated Press of Pakistan quoted Qureshi as saying.

He was referring to the civil war in Afghanistan between the Kabul government led by communists and Mujahideen after the Soviet forces’ withdrawal in 1989 that lasted until 1992.

“The comeback of TTP [Tehreek-e-Taliban Pakistan] is not in Pakistan’s interest. We do not want Talibanization of our country,” Qureshi said while briefing the lawmakers about the possible return of TTP militants disguised as refugees.

Speaking at the committee, the country’s national security adviser, Moeed Yusuf, also termed the current situation in Afghanistan “extremely bad and out of Pakistan’s control”, according to Dawn, a local English daily newspaper.

Pakistan’s top diplomat and the security adviser warned of an influx of refugees after clashes between the Taliban and the Afghan security forces across Afghanistan and urged the UN refugee agency to set up camps for possible Afghan refugees.

A member of the Senate committee also voiced concerns about the impact of the accelerated exit of US troops and the security vacuum that has ensued.

“We hope the security stalemate is resolved peacefully as talks continue in other regional countries, and we also hope that gains made in the last 20 years are not reversed,” said Senator Sherry Rehman, chairperson of the Senate Standing Committee on Foreign Affairs.

She added the regional countries needed joint efforts for peace and the burden must be shared by the international community.

“The situation in Afghanistan needs to be carefully handled as Pakistan cannot afford any possibility which threatens our national interests and undermines our efforts for a peaceful solution to the Afghan crisis,” she said, adding: “We have always supported a peaceful resolution of the Afghan conflict.”

“Pakistan considers the role of Iran in the Afghan peace process important. Iran, like Pakistan, is a neighboring country of Afghanistan and host to millions of Afghan refugees,” said Zahid Hafeez Chaudhri, a spokesman for the ministry.

Chaudhri hoped the Afghan parties would seize the opportunity and achieve an inclusive, broad-based and comprehensive political settlement.

For the first time, Iran on Wednesday hosted two-day intra-Afghan talks with the participation of political representatives from Kabul and high-ranking Taliban officials from the group’s political office in Qatar.