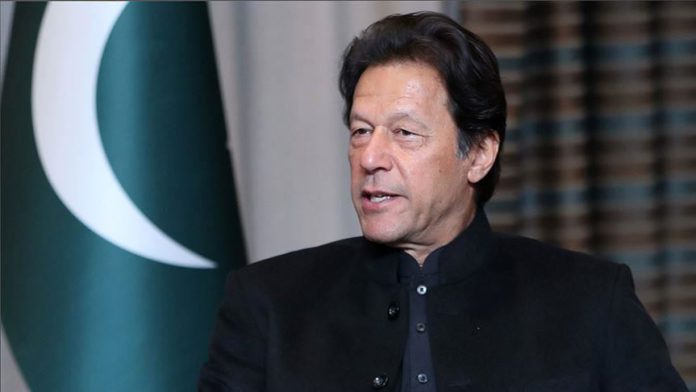 Pakistan on Wednesday accused arch-rival India of becoming a “threat” to regional peace by getting engaged in a series of disputes with its neighbors.

“The Hindutava Supremacist Modi government with its arrogant, expansionist policies akin to Nazi’s Lebensraum (Living Space) is becoming a threat to India’s neighbors. Bangladesh through Citizenship Act, border dispute with Nepal and China, and Pakistan threatened with false flag operation,” Prime Minister Imran Khan said in a series of tweets.

His rebuke followed a fresh flare up in New Delhi’s longstanding land disputes with Beijing, and Kathmandu, and a controversial Citizenship Act offering citizenship rights to Hindu, Buddhist, Christian, Parsi and Jain communities migrating from Pakistan, Bangladesh, and Afghanistan. The law, however, excluded Muslims from these countries.

“All this after illegal annexation of IOJK [Indian-occupied Jammu and Kashmir] , a war crime under 4th Geneva Convention, and laying claim to AJK [Azad Jammu and Kashmir]. I have always maintained the fascist Modi government is not only a threat to India’s minorities by relegating them to the second class citizens’s status, but also [a] threat to regional peace,” Khan added.

He said that while China wished to resolve its issues through dialogue, it “cannot remain oblivious to India’s illegal constructions.”

Kashmir is held by India and Pakistan in parts but claimed by both in full. A small sliver of Kashmir is also controlled by China.

March 7, 2021
ISTANBUL  Turkish President Recep Tayyip Erdogan on Sunday marked the occasion of March 8, International Women’s Day. "I congratulate all our women, who are the hopes...