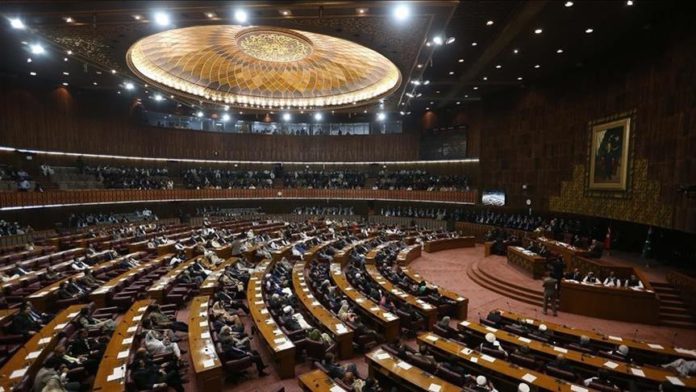 Pakistan’s ruling party on Wednesday won the highest number of seats in the Senate polls, becoming the single-majority party in a hung upper house.

However, in an upset, the ruling party, despite having the majority in the lower house — the National Assembly — lost a seat from the capital Islamabad to the opposition alliance.

The ruling alliance has 181 members in the National Assembly, which elects the senators from Islamabad.

Accusing the opposition of “buying” the loyalties of treasury members, prime minister’s spokesman Shahbaz Gill said in a tweet that the government will challenge the result.

Political analysts see the surprising result as a big blow to the ruling party as premier Khan had himself been active in support of Shaikh.

Gilani is being touted as a strong candidate for the coveted post of chairman of the Senate.

Over 1,100 members of the National Assembly and four provincial assemblies cast their votes earlier on Wednesday to elect 48 new members of the Senate for six-year terms in a secret ballot.

According to the country’s Constitution, all the provinces have an equal number of seats in the upper house, which was dominated by the opposition, hampering legislation on several issues since the PTI came to power in 2018.

Islamabad has four senators, who are elected by the members of the National Assembly.