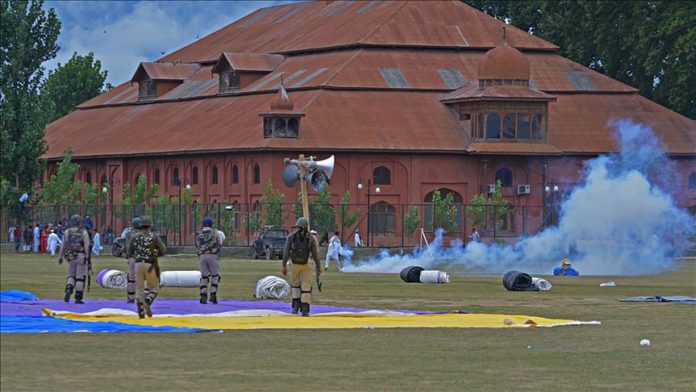 “Imposition of restrictions on prayers on one of the most important days of the Islamic calendar represents complete disrespect by the Indian government for the sentiments of the Muslims of IoJ&K [Indian occupied Jammu and Kashmir]. It is also a flagrant violation of their fundamental freedom of religion,” said a statement from foreign the ministry.

Indian authorities, it added, were using COVID-19-related restrictions as a pretext to curb religious freedom of Muslims in the disputed valley.

“While the BJP government has been allowing religious activities in various other contexts and instances, disallowing Kashmiri Muslims to offer Eid-al-Adha prayers is a blatant discrimination,” it said.

Islamabad urged the international community, the UN and human rights organizations to take notice of the “glaring denial” of the religious rights and freedoms of Kashmiris in violation of international laws and conventions.

“India must realize that by such repressive measures, it cannot break the will of the Kashmiris and suppress their legitimate aspirations for self-determination as enshrined in the relevant United Nations Security Council Resolutions,” it added.

According to several human rights organizations, thousands of people have reportedly been killed in the conflict since 1989.